About the Revolutionary War Era records

The files that make up these records consist of 10" x 14" cards or 10" x 14" envelopes that can contain up to 200 or more pages of documents relating to an application for a pension or bounty-land warrant by a Revolutionary War veteran, his widow, or his heirs. (Typically, files contain around 30 pages, and some relate to post-Revolutionary War service.) While the files may contain names of several applicants—in the case of multiple heirs, for instance—they will relate to the service of one soldier, so far as this could be determined by the evaluators who assembled the files.

In the years of and following the Revolutionary War, the federal government provided three main types of pensions for servicemen:

The first pension legislation for the Colonies provided for disability benefits and was enacted on 26 August 1776. Service pensions were approved in 1778, and 1780 saw the first pensions for widows and dependents. Subsequent legislation altered terms of eligibility and benefits up until 1878, when widows of soldiers who had served in the Revolutionary War for at least 14 days or in any engagement became eligible for lifetime pensions.

While application procedures varied depending on the law’s requirements, they usually involved the applicant appearing before a court of record and describing his service. A widow would need information about the date and place of marriage. These “declarations” could include supporting documents related to property or marriage and affidavits from witnesses.

The Colonial and U.S. governments also awarded bounty-land warrants to soldiers as an inducement to or reward for service. Bounty-land warrants assigned rights to land in the public domain to soldiers who met eligibility requirements related to their service. For example, a September 1776 resolution provided the following land grants to men who served until the end of the war: noncommissioned officers and soldiers, 100 acres; ensigns, 150; lieutenants, 200; other officers, amounts up to 500 acres for a colonel. (Generals were added in 1780.) Again, later acts of Congress increased the scope of benefits, and applications can include supporting documents and affidavits from witnesses.

A November 1800 fire apparently destroyed Revolutionary War pensions and bounty-land-warrant applications and papers related to them submitted before that date. Some files thus contain cards noting that further papers are not available.

The files can contain multiple applicants. You can search the following categories for each applicant:

The files can contain a wide variety of records submitted to support an application. Information of genealogical interest includes the application itself, which can provide the soldier’s name, rank, unit, time of service, age, date of birth, residence, and sometimes birthplace. A widow’s application may also include her maiden name and date and place of her husband’s death. Applications by heirs will typically indicate ages and residences. Additionally, files might contain affidavits, service records, records of commissions and discharges, wills, receipts, diaries or pages from family Bible records, military orders or muster rolls, newspaper clippings, letters, marriage certificates, account books, and even one book of contemporary lyrics.

NOTE: Some files contain both pension and bounty-land-warrant applications.

To locate our example file on the right, do the following:

This will yield a Widow's Pension application record filed by Mr Henry's widow, Elizabeth. This 43 page file contains myriad documents pertaining to Mr. Henry's service, enlisting as a private in Virginia in 1776 and serving for two years. His pension, we learn, was issued in 1832 and was retained until his death in 1835 in Sevier County, Tennessee. Upon William's death, it does not appear that Elizabeth immediately sought to apply for the widow's pension due to her. She did eventually apply, as is evidenced by this file, and was granted widow's pensionin 1839 until her death in 1847.

The files are also given one of several designations: 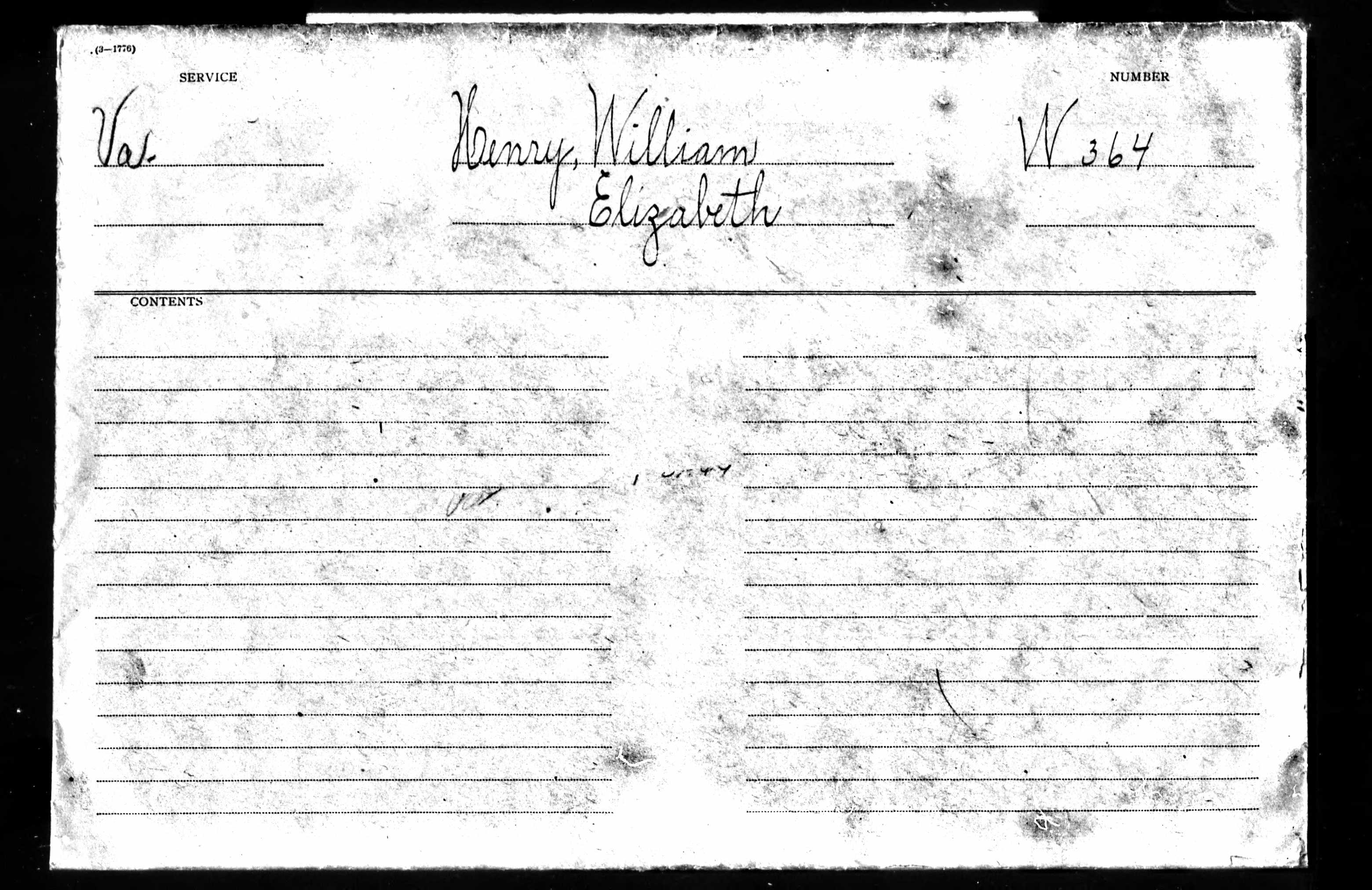 But wait... there are MORE pages!

Such as this initial claim application of Mr. Henry's widow's Widow's Pension application... 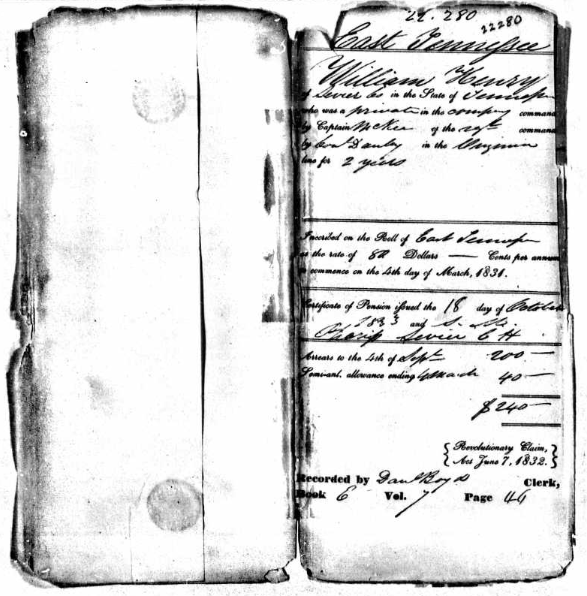 and with a total of ~42 pages making up this single file, there is much more to be seen!