Civil War records may be searched within Fold3 Library Edition in a number of ways:

A compiled military service record for Civil War soldiers consists of card abstracts of a soldier's service with information collected from original muster rolls, returns, rosters, payrolls, appointment books, hospital registers, prison registers and rolls, parole rolls, and inspection reports.  48 publications can be searched or browsed from the Civil War collection along with Army Registers, 1798 - 1969 that document the service of soldiers in the United States Army from enlistment to termination of service. They will include soldier's name, rank, regiment, and dates of enrollment and discharge. They may include a physical description, place of birth, age, occupation, and remarks regarding transfers, courts-martial, as well as reasons for discharge, including death.  Civil War Milestone Records documents bring an up-close perspective to understanding the Civil War. Brady Civil War Photos include portraits of notable men of the era, as well as photos of soldiers, living and dead, battlefields, scarred landscapes, and cities burned and bombed by invading troops. 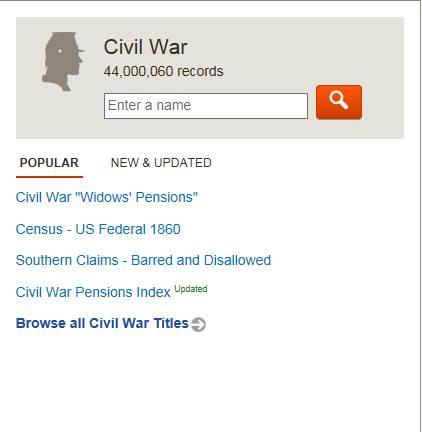 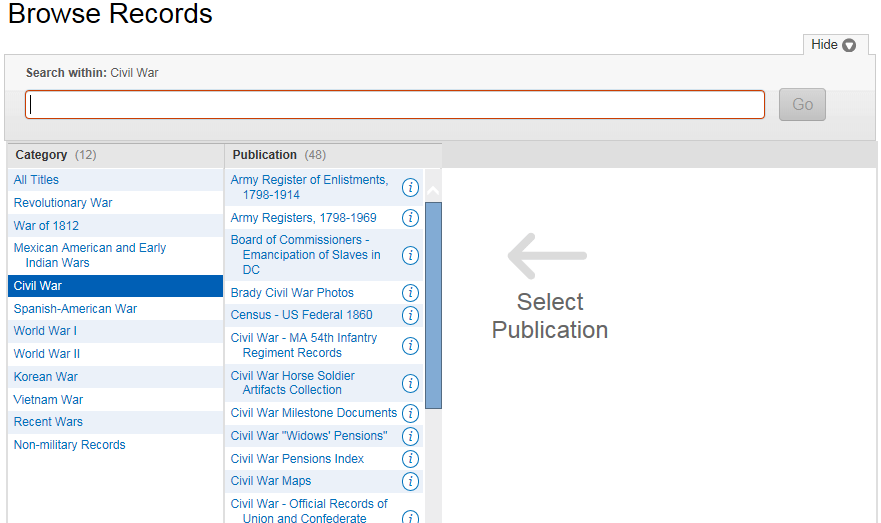