Revolutionary War records may be searched within Fold 3 Library Edition in a number of ways:

Records of the Constitutional Convention that convened in Philadelphia in May 1787 provide the most important documents of the new nation - the United States Constitution. Revolutionary War records are compiled service records for the regular soldiers of the Continental Army, and for the militia, volunteers, and others who served with them.  Records consist of card abstracts of entries relating to each soldier from original records. All included are regimental lists including muster rolls, pay lists, and caption cards.  Collection also consists of Revolutionary War Pensions records for soldiers and sailors who served in the Revolutionary War. 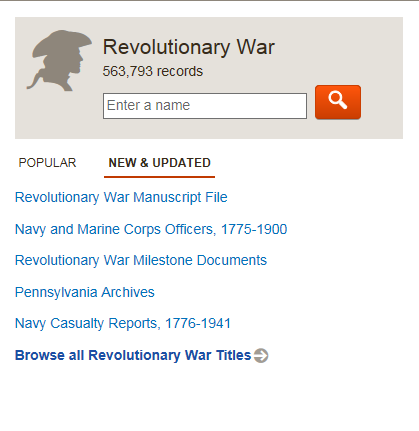 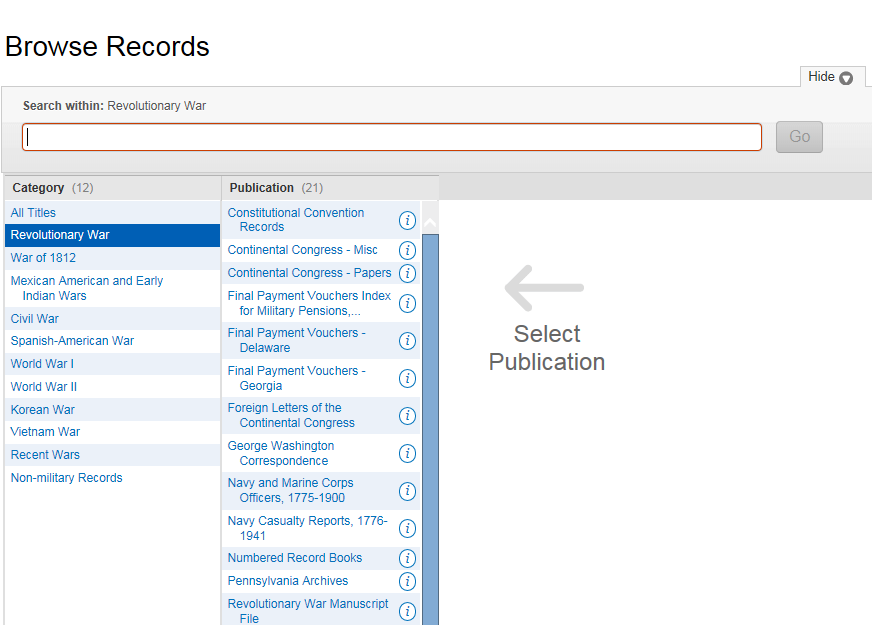