Spanish-American War records may be searched within Fold3 Library Edition in a number of ways:

Army Registry of Enlistments, 1798 - 1914 document the service of soldiers in the United States Army from enlistment to termination of service. They will include soldier's name, rank, regiment, and dates of enrollment and discharge. They may include a physical description, place of birth, age, occupation, and remarks regarding transfers, courts-martial, as well as reasons for discharge, including death.  Army Registers lists officers who served in the United States Army between 1798 - 1969. The pages are OCR searchable, and some include indexes at the back of the book.  Spanish-American War Service Record Index gives the name of a soldier, his rank, and the unit in which he served. 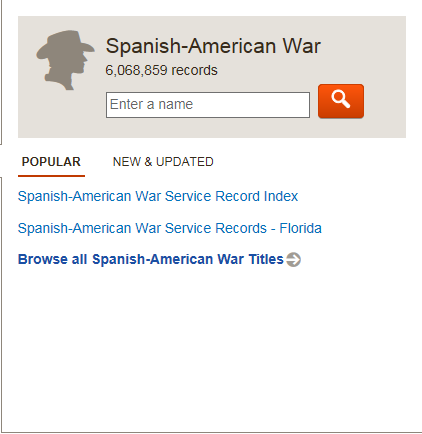 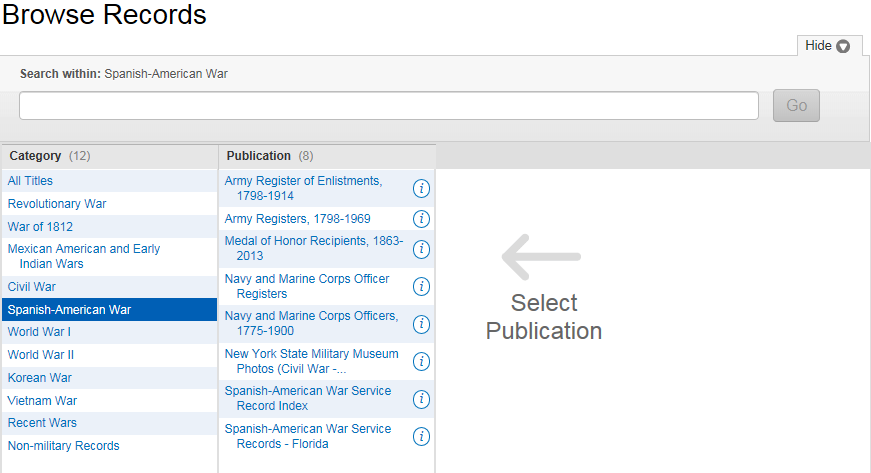