Vietnam War records may be searched within Fold3 Library Edition in a number of ways:

In addition to Army Registers, 1798-1969 information on officers who served in the United States Army, over 58,000 names of those who died or were listed as missing in the Vietnam War are carved in the black granite memorial known as the Vietnam Veterans Memorial wall. The names are searchable with Vietnam Service Wars Folders are available for each battalion or unit considered for an award. Explanations and the history of each recommendation are provided within each folder. Missions are described, soldiers are listed, and the process of approving or disapproving the award by the Department of the Army is outlined within each set of documents. 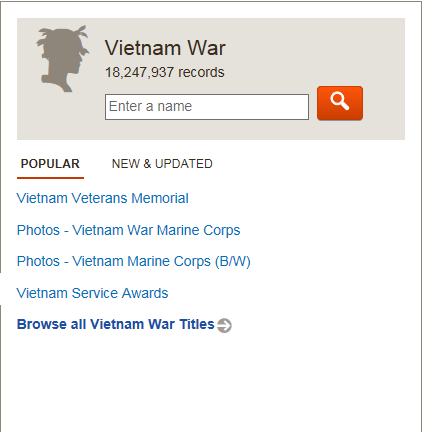 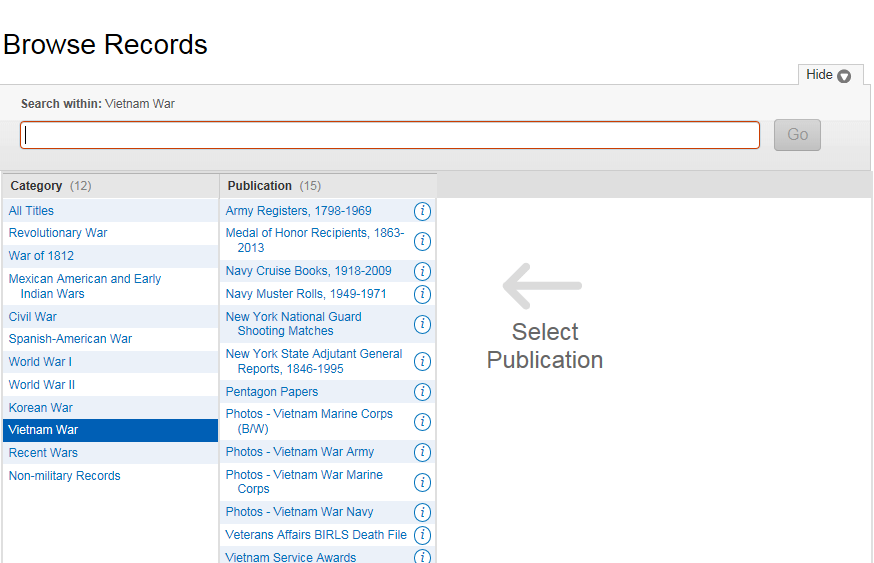 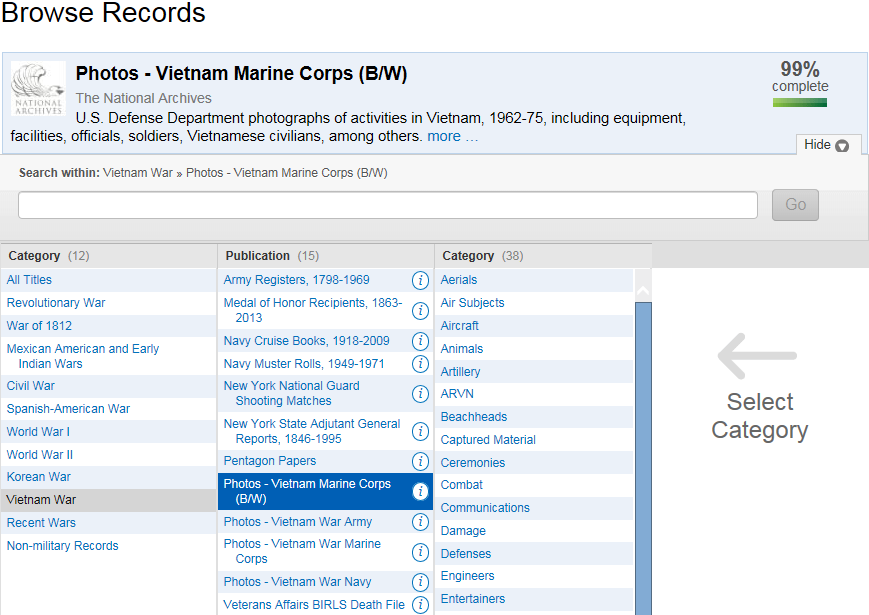