A guide to all aspects of the ProQuest African American Heritage database.

How to Search Military Records

About the Military Records

Military service is an important part of the African American experience. From the Revolutionary War through today's wars in Iraq and Afghanistan, African Americans have distinguished themselves in the service of the United States—in all branches of the military. Military Records includes three collections:

WWII Record Availability— Records for the following states (and Puerto Rico) are complete.

WWII Record Availability— Records for the following states are incomplete.

WWII Record Availability— The vast majority of records for the following states were destroyed by fire and are therefore unavailable.

Select either Draft Registration (Image 1 below) or Service (Image 2 below) from the drop-down menu to access the search page. 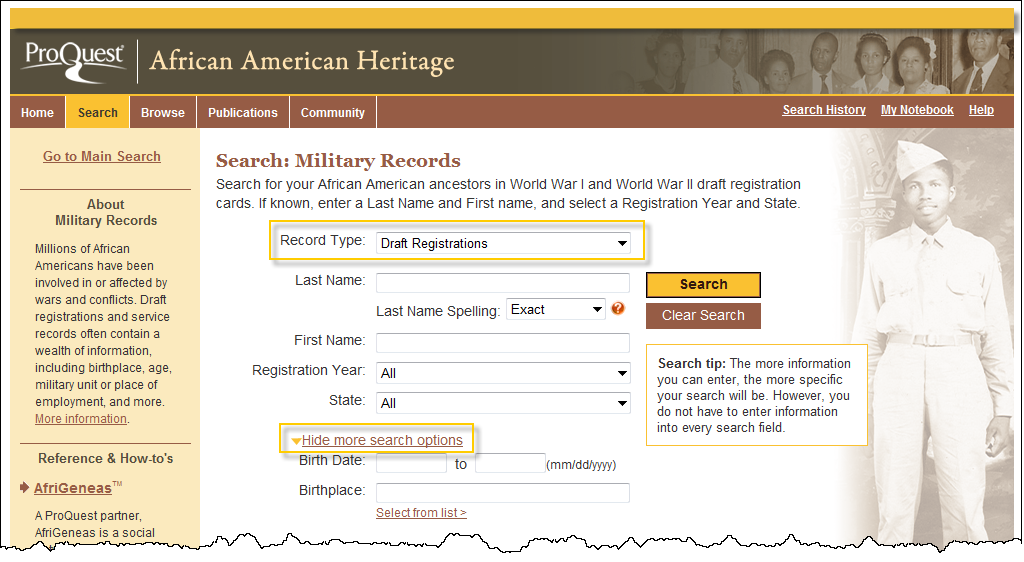 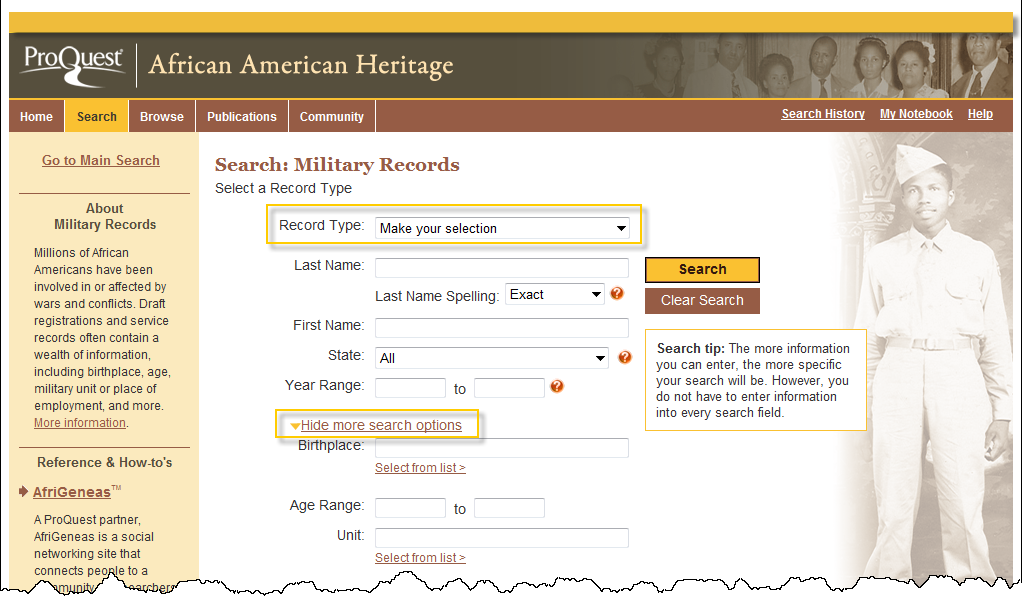