Theatre in Video: Volume I: Home 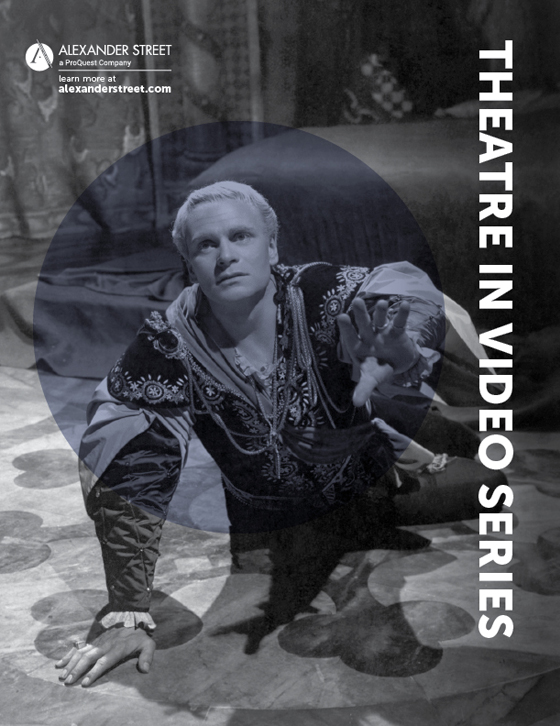 To Learn More about Theatre in Video:      Volume I

The Legacy Project: Lee Adams in Conversation With Brian Yorkey

Theatre in Video: Volume I brings together hundreds of the world’s most important plays, documentaries, interviews, and instructional materials in more than 550 hours of streaming video. These definitive performances, by leading actors and directors, have been painstakingly licensed from a wide range of copyright holders. From celebrated productions of Shakespeare to rare, in-depth footage of the work of Samuel Beckett, the collection covers a wide range of 20th century theatre history. Interviews with directors, designers, writers, and actors, along with excerpts of live performances, deliver an authentic, behind-the-scenes look at hundreds of productions. 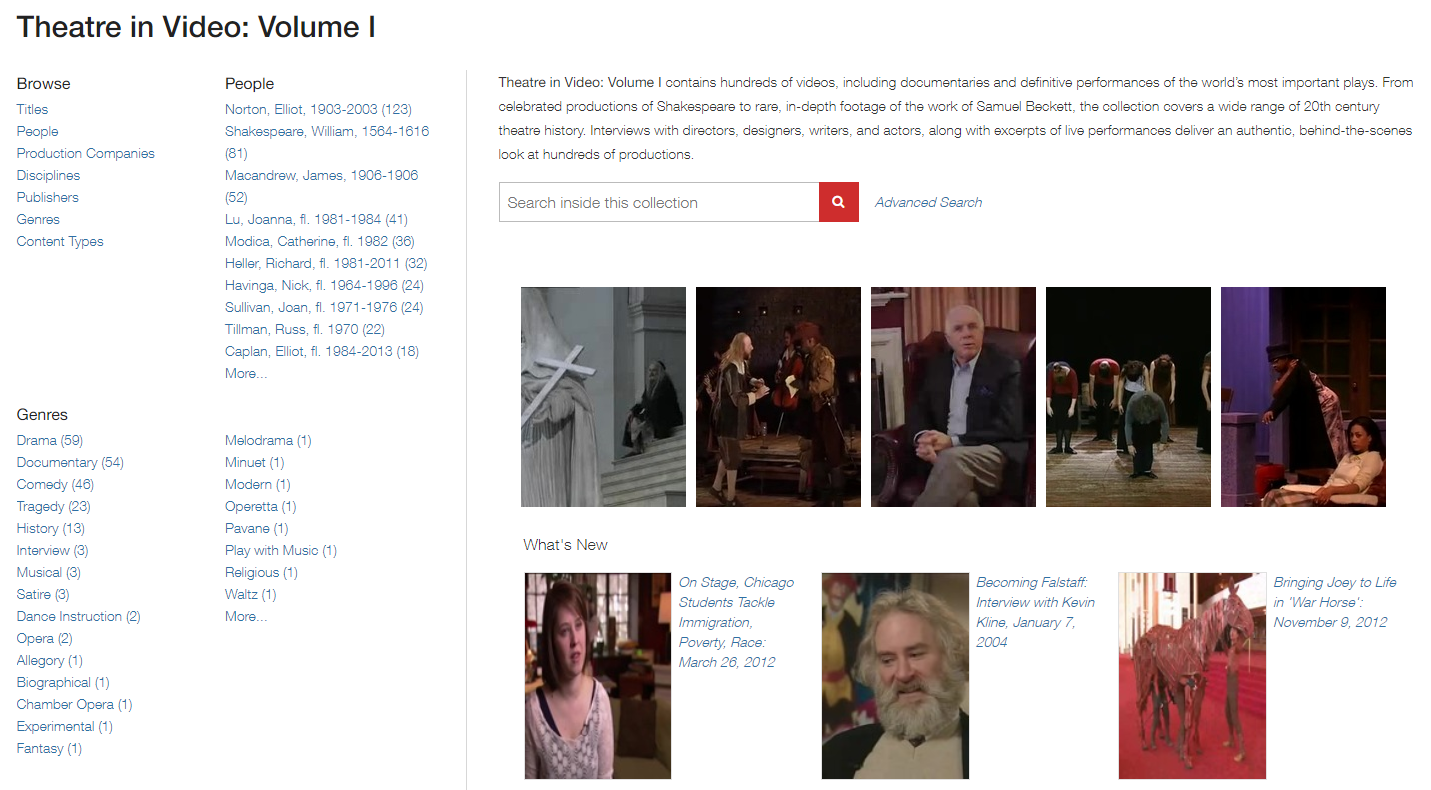