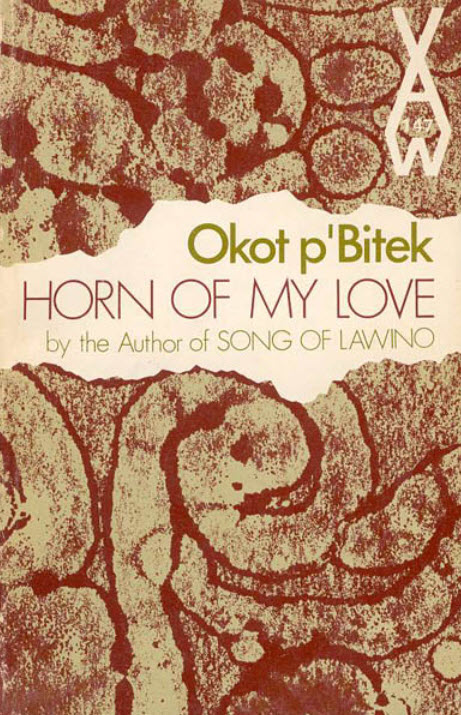 The Heinemann African Writers Series (AWS) was founded in 1962 with the publication of Chinua Achebe's Things Fall Apart (originally published in 1958) as AWS No. 1, and with Achebe himself as Founding Editor. Achebe, who in 2007 won the Man Booker International award in recognition of his achievement in fiction, remained Series Editor until 1972, by which time the series included 100 titles, and he continued to have an influence on the series well after this date. The initial aim was to produce a paperback series featuring writing by African authors (initially, this was limited to black African authors) that would be affordable for a general African readership. As African nations won independence, writers like Achebe began to forge distinctive national literatures throughout the continent. Independence also led to a demand from African schools and universities for contemporary African writing to replace the European bias of existing syllabuses. The AWS took on this role and published work by all the major authors of this period, together with classic earlier texts and new writing, giving the series a unique importance in African cultural history.

The publication of this historic collection in online form restores access to a substantial body of literature, much of which is out of print and only accessible in specialist research libraries, opening up new possibilities for scholarship and teaching in the fields of African and literary studies.

The AWS was also notable for its striking book cover designs, often incorporating elements of traditional African art. To see full colour scans of many of these original covers, view our Cover Gallery; this contains a chronological list of the entire print series, with links to images for a growing number of selected titles. For a full introduction to the history and significance of the print series, read the introductory essay 'The Tiger That Pounced: The African Writers Series (1962–2003) and the Online Reader' by Robert Fraser with Nourdin Bejjit. Robert Fraser is Senior Research Fellow in Literature at the Open University, and is the author of several books on African and postcolonial literature, including West African Poetry: A Critical History (Cambridge UP, 1986) and Lifting The Sentence: A Poetics Of Postcolonial Fiction (Manchester UP, 2000).

Scope of the Collection

The collection covers the whole historical range of modern African fiction, from early pioneering novels by black African authors such as René Maran's Batouala (1921; published in the AWS in 1973), Sol Plaatje's Mhudi (1930; AWS, 1978), Peter Abrahams's Mine Boy (1946; AWS 1963), and Achebe's own Things Fall Apart (AWS No. 1, 1962), to later masterpieces such as Tayeb Salih's Season of Migration to the North (1969), Bessie Head's A Question of Power (1974), and Dambudzo Marechera's The House of Hunger (1978), right up to the last two volumes published in the print series: Ama Ata Aidoo's Changes and Daniel Mengara's Mema (both October 2003).

In addition to prose fiction, the collection includes some of the most important works of African poetry, including Christopher Okigbo's Labyrinths (1976), Okot p'Bitek's Song of Lawino, which has been described as the most influential African poem of the 1960s, the works of Dennis Brutus, Taban lo Liyong and Jack Mapanje, and Mazisi Kunene's epic poem on the rise of the Zulu empire, Emperor Shaka the Great (1979). Full details of the works currently included in the collection are given in the bibliography.

A wide geographic range is also represented: most of the works in the Series come from English-speaking countries in Western, Southern and Eastern Africa, but there are also a number of volumes translated from French, Portuguese, Zulu, Swahili, Acoli, Sesotho, Afrikaans, Luganda and Arabic.

The editorial policy is to include only texts that were published under the Heinemann African Writers Series imprint. The only exception to this has been Kofi Awoonor's Until the Morning After: Collected Poems; this volume was advertised as AWS No. 260, but seems not to have been published by Heinemann, and no other volume was assigned this number. We therefore took the unique decision of including the 1987 Greenfield Review Press of this important volume. In all other cases, the first AWS edition has been used where possible, except in cases where later editions are preferred in order to include authorial corrections.

Our aim is to reproduce each volume in full, including accompanying text by the author, introductions, notes, glossaries and other editorial matter, and illustrations; some editorial matter may be excluded pending copyright clearance. Other front and back matter may have been omitted. Each complete volume, including anthologies and collections, can be browsed in its entirety via a Table of Contents.

All authors are indexed by gender, nationality and dates of birth/death, and all texts by details of first publication (date, place, publisher and language) and details of first publication in the AWS (date and AWS series number). These index fields are all searchable from the Search page, and are displayed in the bibliographic details for each volume. The names of translators and anthology editors, and alternate name forms of authors, are also searchable via the Author field.

Original pagination is preserved, and the page layout of poems is reproduced as accurately as possible. Scanned images are used as a supplement to the keyed text for illustrations, figures and unusual page layouts. Typographic characters that cannot be displayed using a web-safe extended Latin character set have been mapped to standard-character equivalents, and scanned images have been provided for cross-referencing.