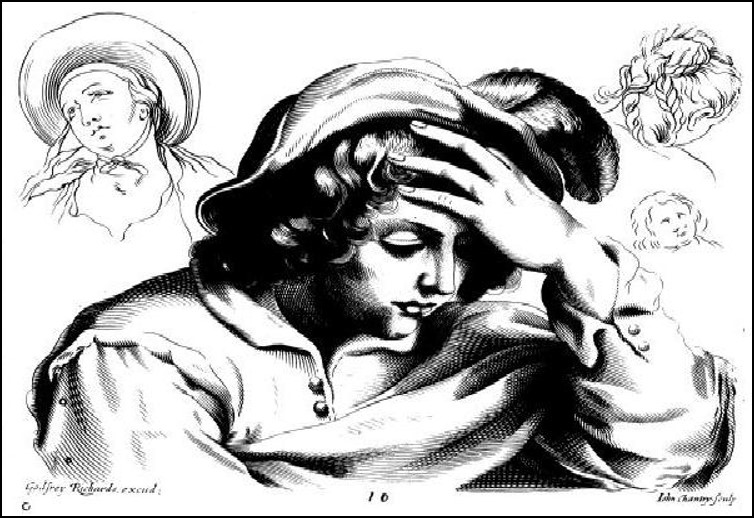 In this page you'll find useful lists of definitions, search terms and the EEBO Introductions series.

The EEBO Introductions Series provides scholars with a forum for the exchange of information and ideas relating to some of the less frequently discussed early modern printed texts available in Early English Books Online.

Each contribution to the series offers insights into a range of contextual, bibliographical, and reception-based issues associated with a work in EEBO that has received no recent scholarly edition, and which is unlikely to be edited for publication without the interest of the scheme.

The links below provide access to twenty-one Introductions forming the first three instalments of the series. Each Introduction offers links to EEBO Document Images of the work under discussion and to other related online resources. Links to each of the Introductions below are provided as part of the EEBO Full Record, Document Images, Illustrations and Thumbnails displays for the work in question, and also accompany relevant entries on the EEBO Search Results display.

The General Editor of the series is Dr Edward Wilson-Lee of Sidney Sussex College, Cambridge.

The following abbreviations are used widely in EEBO (particularly in the Author name field) and other bibliographic databases:

Complete references to abbreviations in the Accession/Bibliographic number field

Allison, Anthony Francis, and D. M. Rogers. The contemporary printed literature of the English Counter-Reformation between 1558 and 1640: an annotated catalogue. 1989-94.

Duff, E. Gordon. Fifteenth century English books: a bibliography of books and documents printed in England and of books for the English market printed abroad. 1978.

Gibson, Reginald Walter. Francis Bacon: A bibliography of his works and of Baconiana to the year 1750. 1950.

Greg, W. W. A bibliography of the English printed drama to the Restoration. 1970.

Hind, Arthur Mayger. Engraving in England in the sixteenth & seventeenth centuries; a descriptive catalogue with introductions. 2000.

Johnstone, James Fowler Kellas. Bibliographia aberdonensis : being an account of books relating to or printed in the shires of Aberdeen, Banff, Kincardine or written by natives or residents or by officers, graduates or alumni of the universities of Aberdeen. 1930.

Lemon, Robert. Catalogue of a collection of printed broadsides: in the possession of the Society of Antiquaries of London. 1866.

Madan, Falconer M.A. Oxford Books: A bibliography of printed works relating to the university and city of oxford or printed there. 1895-1931.

Steele, Robert. Tudor and Stuart proclamations 1485-1714. Calendared by Robert Steele under the direction of the Earl of Crawford. 1910.

Aldis, Harry Gidney. A list of books printed in Scotland before 1700: including those printed furth of the realm for Scottish booksellers, with bried notes on the printers and stationers. 1970.

Almack, Edward. A bibliography of the king's book or Eikon Basilike. 1896.

Canney, Margaret, and David Knott. Catalogue of the Goldsmiths' Library of economic literature: volume I. Printed books to 1800. 1970.

Church, Elihu Dwight. A catalogue of books relating to the discovery and early history of North and South America forming a part of the library of E. D. Church. 1951.

Evans, Charles. American bibliography: a chronological dictionary of all books, pamphlets, and periodical publications printed in the United States of America from the genesis of printing in 1639 down to and including the 1820. 1967.

Gathorne-Hardy, Robert, and William Proctor Williams. A bibliography of the writings of Jeremy Taylor to 1700 with a section of Tayloriana. 1971.

Gillet, Charles Ripley. Catalogue of the McAlpin Collection of British history and theology. 1928.

Kress Library of Business and Economics. Catalogue, with data upon cognate items in other Harvard libraries. 1964.

MacDonald, Hugh. John Dryden: A bibliography of early editions and of Drydeniana. 1939.

Madan, Falconer M.A. Oxford Books: A bibliography of printed works relating to the university and city of oxford or printed there. 1895-1931.

Sabin, Joseph. A dictionary of books relating to America, from its discovery to the present time. 1966.

Smith, Joseph. A descriptive catalogue of Friends' books, or Books written by members of the Society of Friends, commonly called Quakers, from their first rise to the present time, interspersed with critical remarks and ... biographical notices. 1970.

Smith, Joseph. Bibliotheca anti-Quakeriana, or A catalogue of books adverse to the Society of Friends, alphabetically arranged, with biographical notices of the authors. 1968.

Smith, George. The dictionary of national biography: from the earliest times to 1900. 1922.

Winship, George Parker. The Cambridge press, 1638-1692; a reexamination of the evidence concerning the Bay Psalm book and the Eliot Indian Bible as well as other contemporary books and people. 1968.