In the late 1800's, Dutch physician and feminist Aletta Jacobs and her husband C.V. Gerritsen began collecting books, pamphlets and periodicals reflecting the revolution of a feminist consciousness and the movement for women's rights. By the time their successors finished their work in 1945, the Gerritsen Collection was the greatest single source for the study of women's history in the world, with materials spanning four centuries and 15 languages.

The Gerritsen curators gathered more than 4,700 publications from continental Europe, the U.S., the United Kingdom, Canada, and New Zealand, dating from 1543-1945. The anti-feminist case is presented as well as the pro-feminist; many other titles present a record of the condition of women at a given time.

The scope of the collection allows scholars to trace the evolution of feminism within a single country, as well as the impact of one country's movement on those of the others. In many cases, it also provides easy access to primary sources otherwise available only in a few rare book rooms. 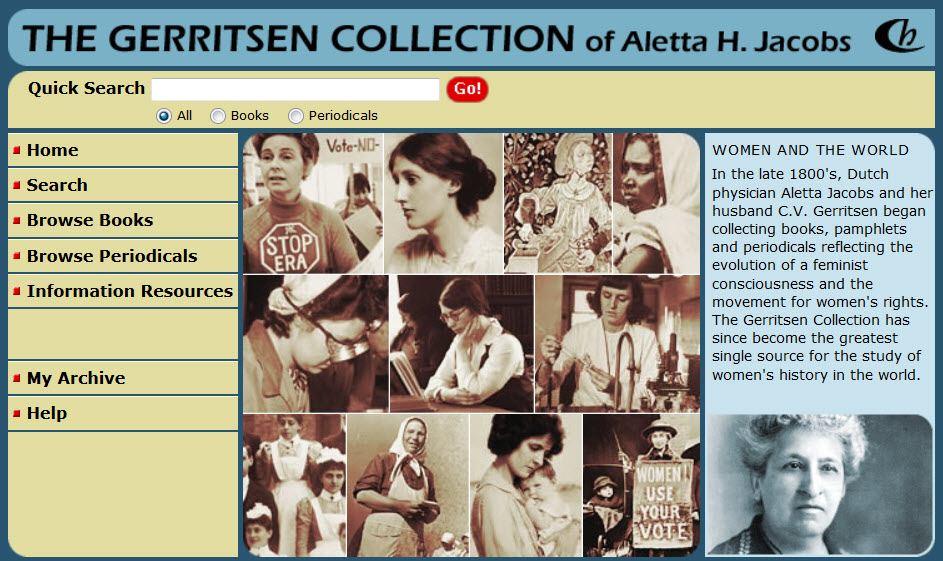