Goethe (1749-1832) was Germany's supreme poet and a writer, and he exercised a profound influence on the German language of today. Goethes Werke contains the complete text of the 143 volumes of the definitive Weimar Edition.  In this database, every word of Goethe's literary and scientific works, his diaries, and his letters from the Weimar Edition is included, as are all illustrations, notes, variants, and indexes from the published volumes.

Also included are Goethes Gespräche, edited by Woldemar Freiherr von Biedermann, Leipzig, 1889-96, and Goethes Werke, Nachträge zur Weimarer Ausgabe, edited by Paul Raabe, Munich, 1990. The Nachträge include all Goethe's letters discovered since the Weimar Edition was finished and makes this the most complete collection of Goethe's letters in existence. 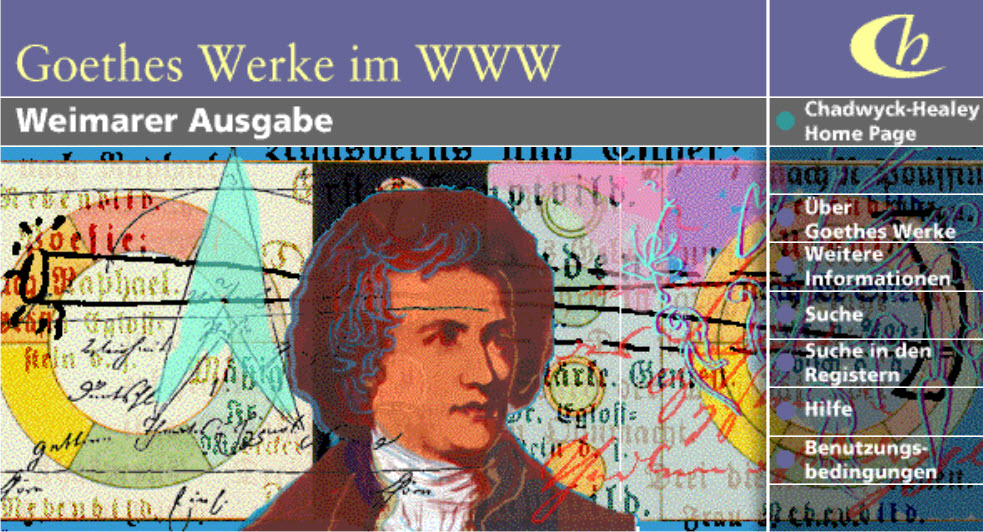