What are Trench Journals?

Trench Journals is an extraordinary collection of rare and previously inaccessible magazines that were written by and for servicemen and women during the First World War.

Each journal is a reflection of its unit. The magazines contain poems, sketches, short stories, jokes, plays and articles contributed mostly anonymously by servicemen, and the pieces serve to create an invaluable insight into the attitudes of servicemen and women to the war and their part in it.  Published by every type of military and support service unit, from every involved nation, trench journals were a means of expression through which men and women engaged in all aspects of World War I could share their thoughts and experiences.

By making these magazine discoverable online, Trench Journals and Unit Magazines of the First World War opens up new opportunities for research in multiple fields: literature, history, war studies, cultural studies, and gender studies.  More than 1,500 periodicals, drawn from the holdings of major libraries and research collections, including the Imperial War Museums, the British Library, the Library of Congress and the Staatsbibliothek zu Berlin, make this resource the most comprehensive collection of trench journals available to scholars anywhere in one place. 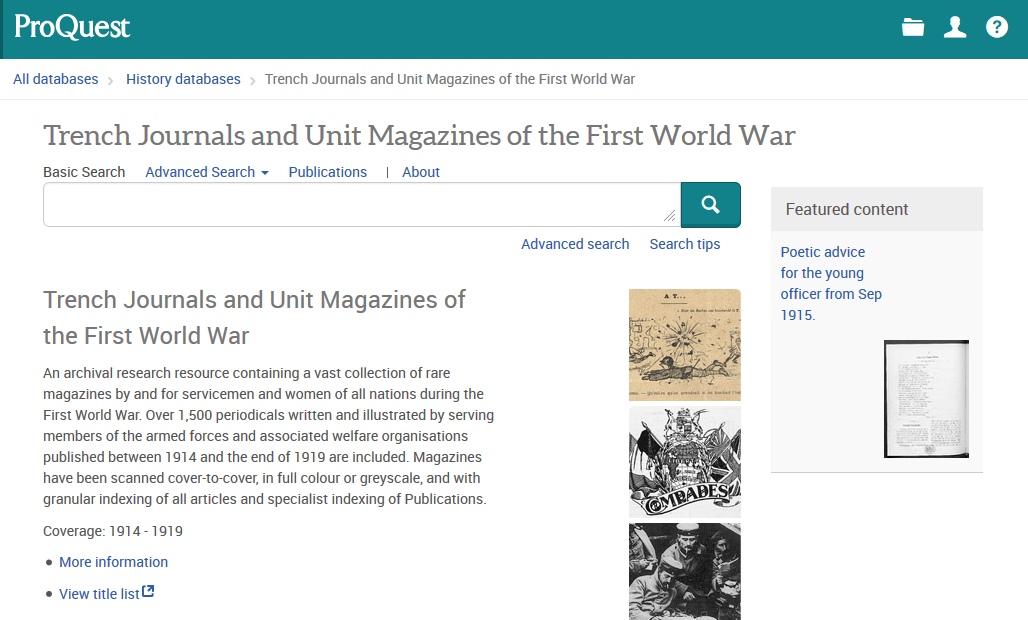