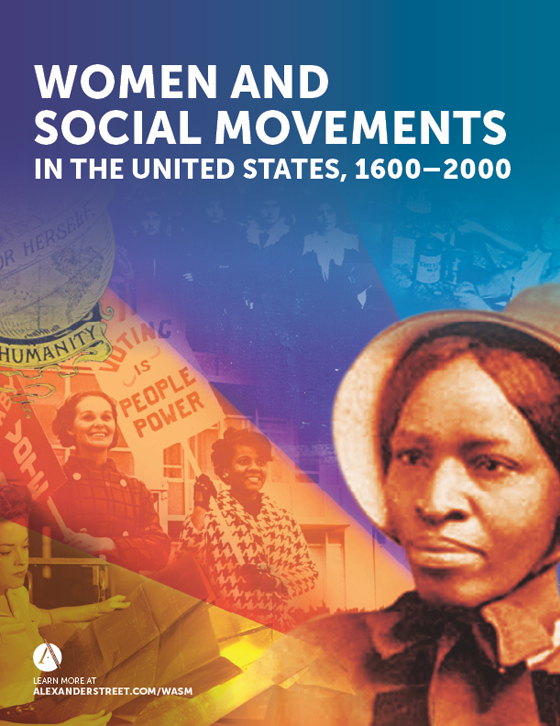 To Learn More about Women and Social Movements in the United States, 1600 to 2000

Women and Social Movements in the United States, 1600 to 2000 brings together innovative scholarship, primary documents, books, images, essays, book and  website reviews, teaching tools, and more. It combines the analytic power of a database with the new scholarly insights of a peer-reviewed journal. Published twice a year since 2004, the database/journal is edited by Rebecca Jo Plant and Judy Tzu-Chun Wu of the University of California, San Diego and University of California, Irvine respectively, with an editorial board of leading scholars from around the country.

It is organized around document projects, works of scholarship that link an interpretive essay to 20 or more related primary documents, leading users step by step from discovery to contextual understanding. Four new document projects are added every year. Recent examples include: