About The Wellesley to Victorian Periodicals, 1824-1900

Periodical publishing in the 19th century was both voluminous and multifarious. Any and all aspects of contemporary thought were represented through this burgeoning medium, from which many eminent novelists and journalists emerged.

The scholarly importance of this material created an imperative to provide indexes through which it could be accessed. Poole's own subject index was created in response to this need. However, until 1965 and Wellesley, there was no author index. The primary objective of Wellesley was to assist scholars in assessing the significance of periodical articles by delivering accurate information on provenance. This was a monumental undertaking, given that the vast majority of articles published in Victorian periodicals were anonymous or pseudonymous.

Wellesley then, is an index to the authorship of articles, and a bibliography of articles written by each contributor, and using each pseudonym. Citations of evidence are provided to support attributions of authorship, along with brief biographical and vocational details. 45 important monthly and quarterly titles are included, covering the period from the beginning of the Westminster Review in 1824 to the end of the century. The exception to this is the Edinburgh Review, which is indexed from first issue, in 1802. Wellesley does not index poetry. 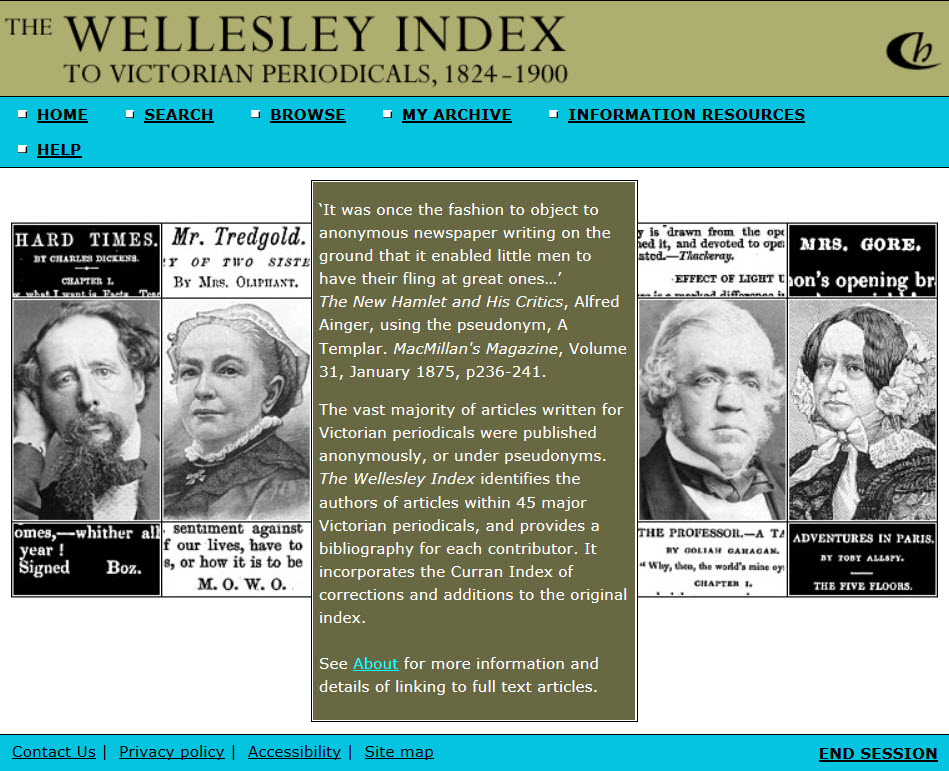