A single edition of each work, usually the last known to have been approved by Yeats, has been included. However, both of the widely different versions of A Vision (1925 and 1937) have been included.

The Y.B. Yeats Collection contains the major work of W.B. Yeats in all genres, including poetry, plays, criticism, and fiction.

About The W.B. Yeats Collection

The W.B. Yeats Collection contains the major work of W.B. Yeats in all genres, including poetry, plays, criticism and fiction, collected in 22 volumes.

Where available, the scholarly editions in the Scribner/Macmillan Collected Edition of the Works of W.B. Yeats (Richard J. Finneran and George Mills Harper, General Editors) have been used. For works excluded from or not yet published in the Collected Edition, the best available text has been used, including other scholarly editions, such as The Speckled Bird (William H. O'Donnell, editor), as well as texts prepared after Yeats's death with the assistance of his widow, George Yeats. 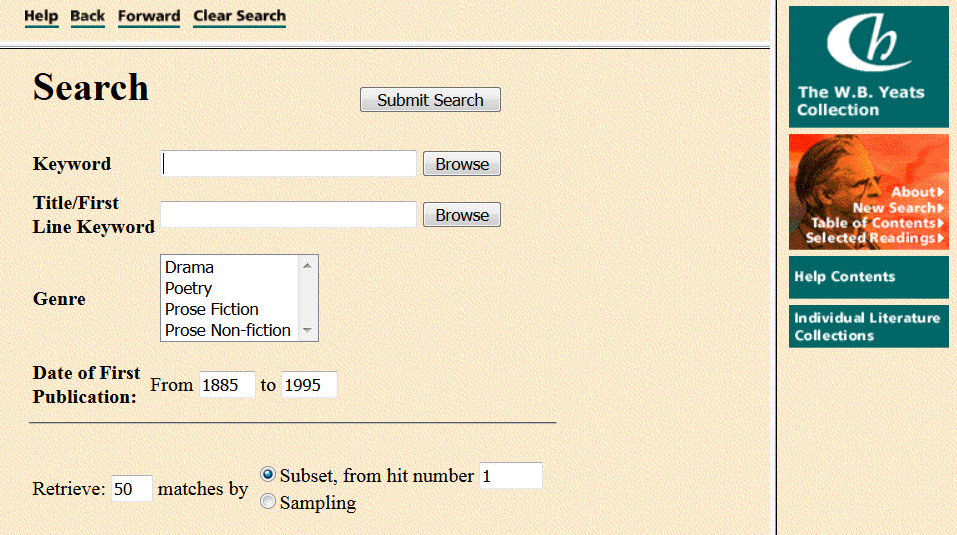