Digital Sanborn® Maps (1867-1970) delivers detailed property and land-use records that depict the grid of everyday life in more than 12,000 U.S. towns and cities across a century of change.

There are approximately 660,000 maps in this database!

For information on how to obtain maps for commercial purposes, go to:

What is ProQuest Digital Sanborn Maps?

Digital Sanborn® Maps (1867-1970) delivers detailed property and land-use records that depict the grid of everyday life in more than 12,000 U.S. towns and cities across a century of change.

Sanborn® fire insurance maps are the most frequently consulted maps in libraries. Founded in 1867 by D. A. Sanborn, the Sanborn Map Company was the primary American publisher of fire insurance maps for nearly 100 years, repeatedly mapping towns and cities as they changed.

The maps provide a wealth of information, such as building outline, size and shape, windows and doors, street and sidewalk widths, boundaries, and property numbers. Plans often include details on construction materials and building use; and also depict pipelines, railroads, wells, water mains, dumps, and other features likely to affect the property's vulnerability to earthquake, fire, and flood.

Combined with other sources such as city directories, photographs, small-scale maps, census records, genealogies, and statistical data—the Sanborn Maps provide an unparalleled picture of life in American towns and cities. 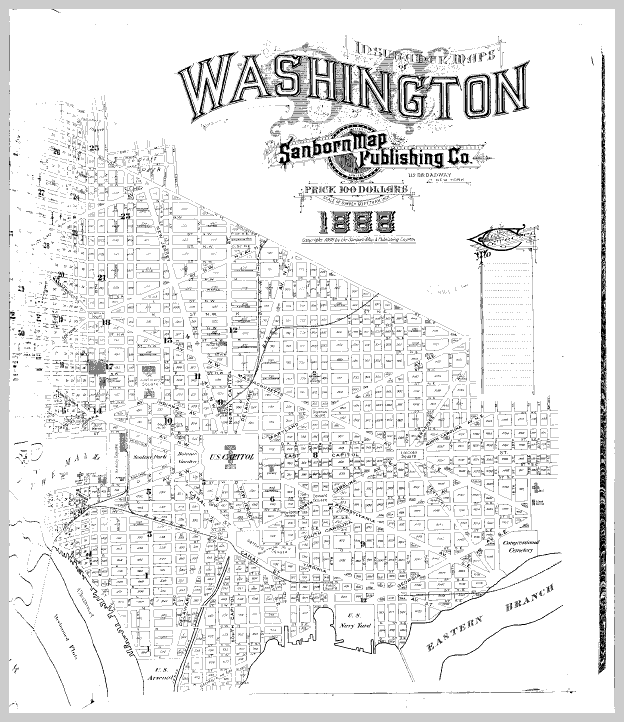