This newest Black Freedom module is highlighted by the records of the Student Nonviolent Coordinating Committee (SNCC), the Africa-related papers of Claude Barnett, and the Robert F. Williams Papers. SNCC, formed by student activists in 1960 after the explosion of the sit-in movement, was one of the three most important civil rights organizations of the 1960s, alongside SCLC and the NAACP. With the addition of SNCC records, History Vault now includes SNCC, SCLC, and NAACP records. Rounding out this module are the papers of Chicago Congressman Arthur W. Mitchell, the Chicago chapter of the Congress of Racial Equality, and records pertaining to the Mississippi Freedom Summer.

The Arthur W. Mitchell Papers, 1898-1968 comprise a collection of some 73,000 pages within ProQuest History Vault's module Black Freedom Struggle in the 20th Century: Organizational Records and Personal Papers, Part 2. Held by the Chicago History Museum Research Center of the Chicago Historical Society, the correspondence and collected professional papers span a period of 70 years, with particular emphasis on the period 1935-1943 during which Mitchell was the first Black American elected as a Democrat to the U.S. Congress. The collection documents the activities and insights of the Congressman who was a keen chronicler of the changing role of Black Americans in society and on a handful of key civil rights issues, among them: anti-lynching legislation, abolishment of Jim Crow laws that permitted racial segregation in interstate transportation, and increased employment opportunities for Black Americans tied to Franklin Roosevelt's New Deal and the entry of the U.S. into World War II.

Correspondence of Congress of Racial Equality National Director James Farmer regarding the Freedom Rides of 1961: The Freedom Ride campaign met with a violent response in the deep South, but the project brought national attention to CORE and it led to the Interstate Commerce Commission rulings which banned discrimination in interstate travel.

The Black Power Movement, Part 2: The Papers of Robert F. Williams contains a large amount of material on an influential African American radical leader who advocated armed resistance to racial segregation during the late 1950s and the 1960s. The collection covers Williams's career from his leadership of the Union County, North Carolina, NAACP branch in the 1950s and early 1960s, through his life in exile in Cuba and China between 1961 and 1969, to his return to the United States in 1969, and his continuing activism from the mid-1970s until his death in 1996.

Much of the collection consists of items in Williams's own words, including correspondence written by Williams and writings and speeches, particularly in The Crusader newsletter and "Radio Free Dixie" broadcasts. In addition to correspondence, document types include administrative and organizational records, news clippings from periodicals, press releases, speeches and addresses, reports, photographs and illustrations, and other types of printed materials, including advertisements, brochures, and pamphlets.

The Student Nonviolent Coordinating Committee Papers, 1959-1972 contains significant material on the development, activities, and changing focuses of the Student Nonviolent Coordinating Committee (SNCC), as well as the civil rights movement as a whole during the 1960s, and the relationships between SNCC and other organizations. The papers provide detailed documentation of the founding of SNCC, the internal workings of the organization, local conditions throughout the South, white resistance to civil rights workers, and SNCC's increasing awareness of international affairs. Most of the papers date from between 1960 and 1968, the period of SNCC's active involvement in the civil rights movement.

In 1966, SNCC underwent a fundamental reorganization when Stokely Carmichael and Ruby Doris Smith Robinson were elected as chairman and executive secretary, respectively. Carmichael, who had become a full-time SNCC worker after graduating from Howard University in 1964, was a veteran of the militant Lowndes County, Alabama voter registration movement. He actively sought Lewis's position, and his election as chairman signified SNCC's ideological shift to black power. 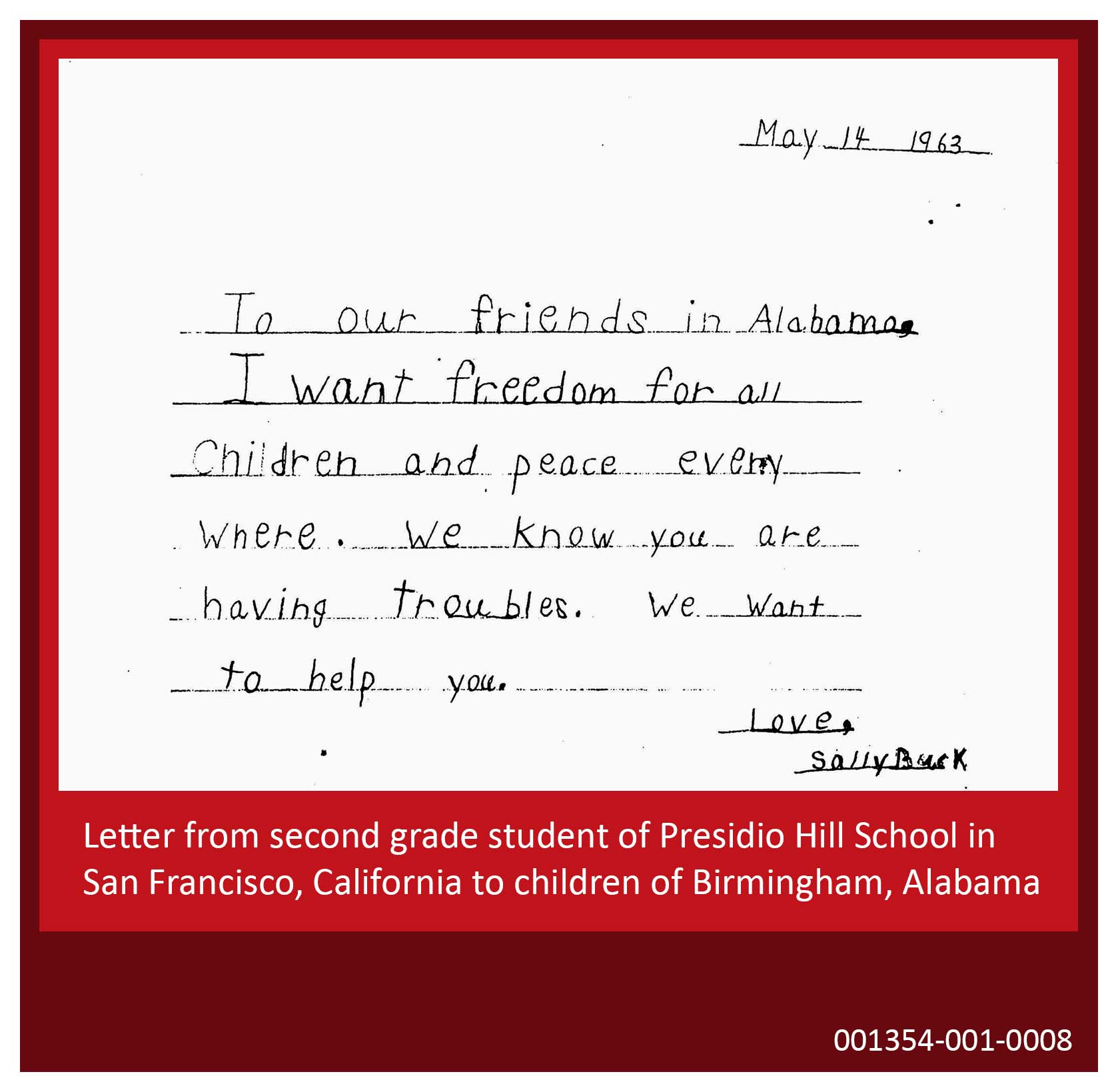 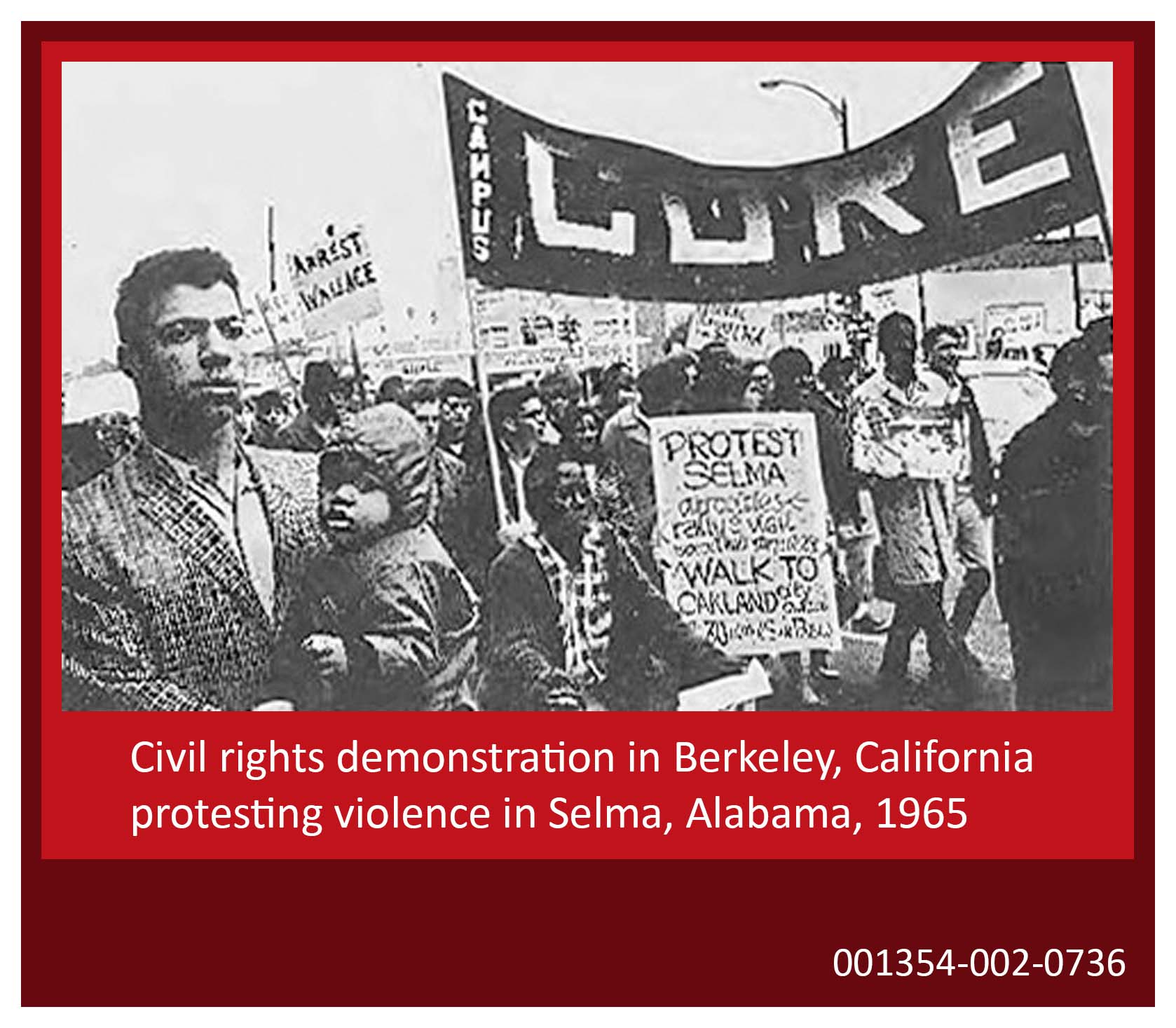 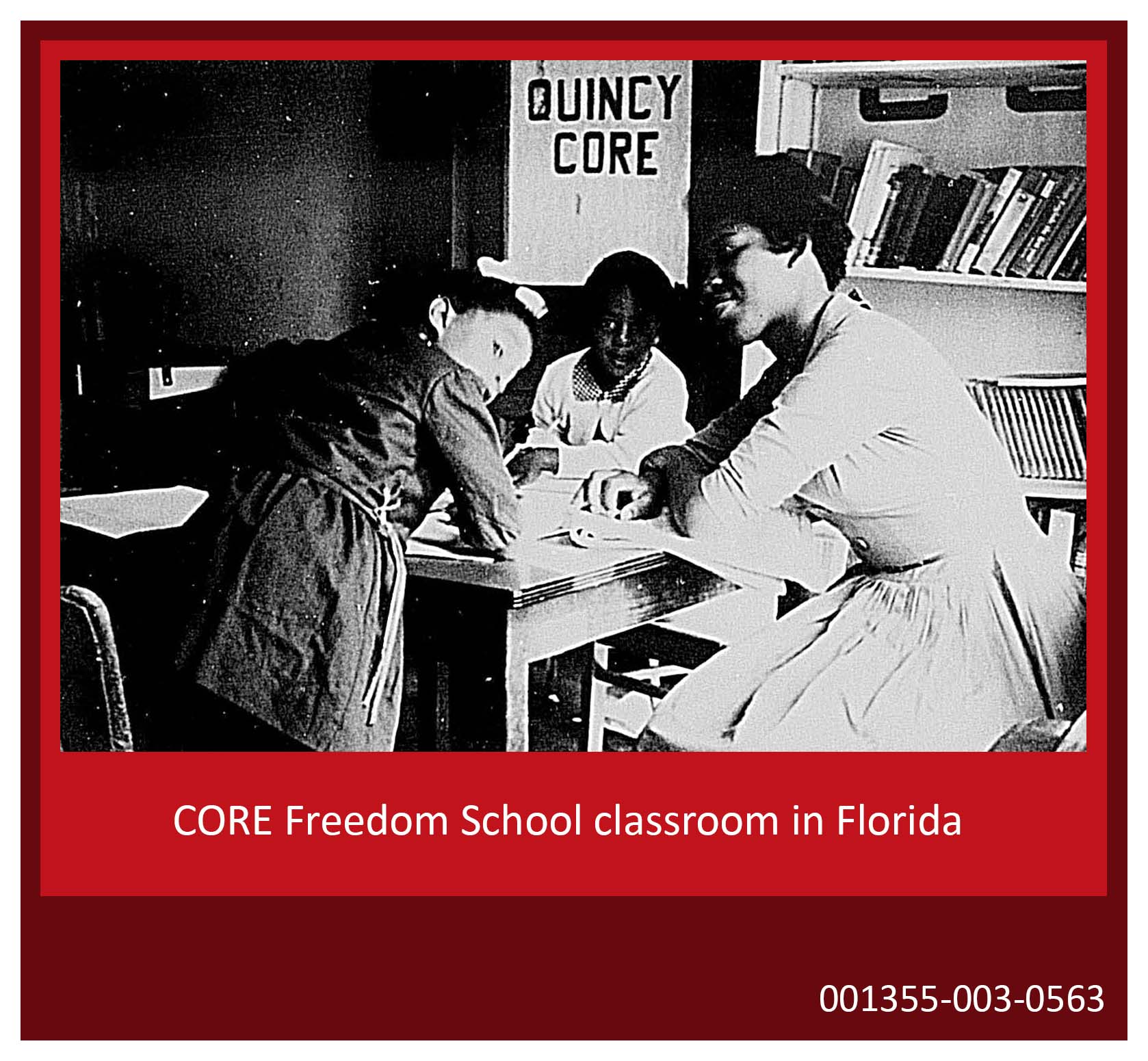 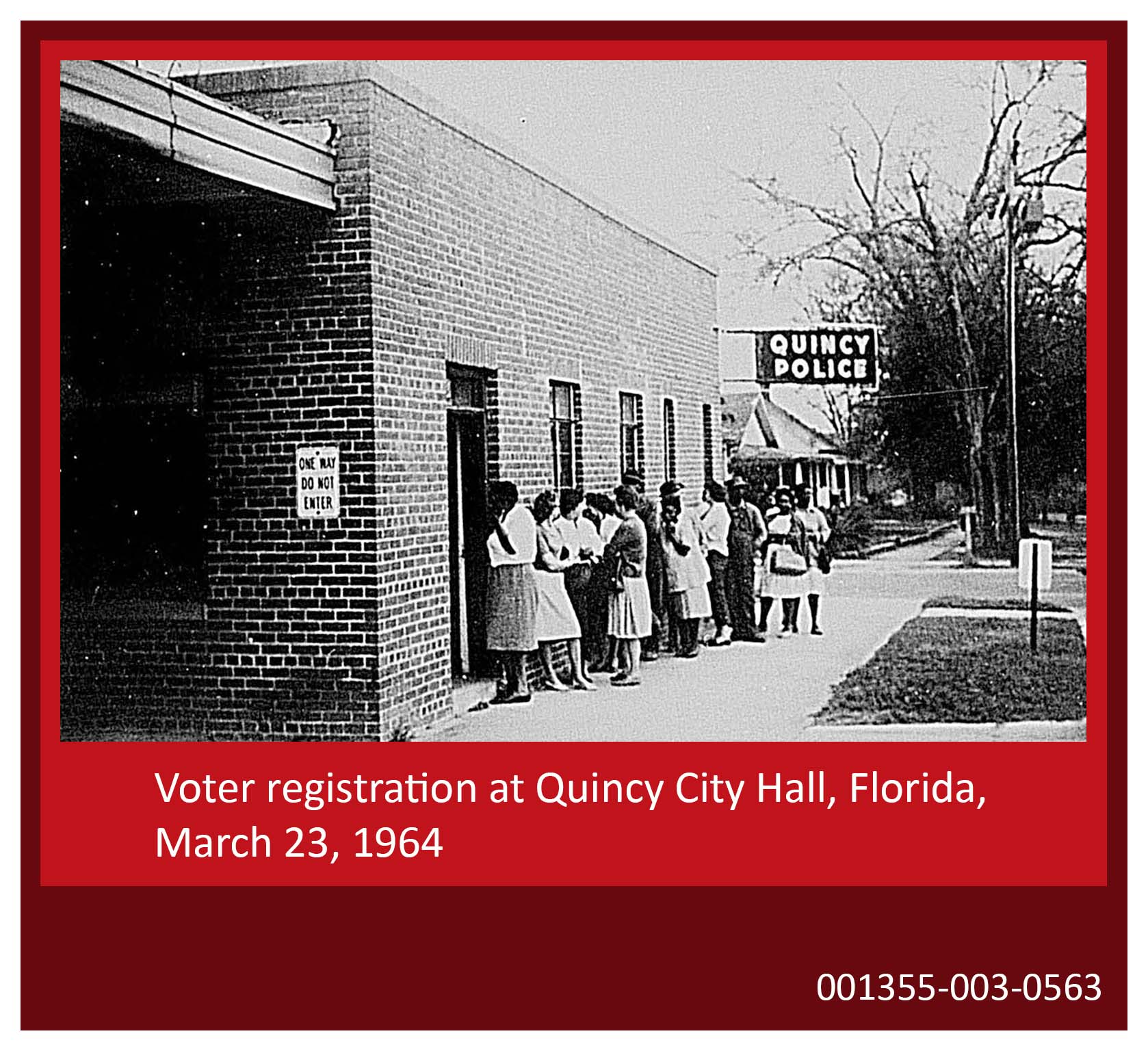 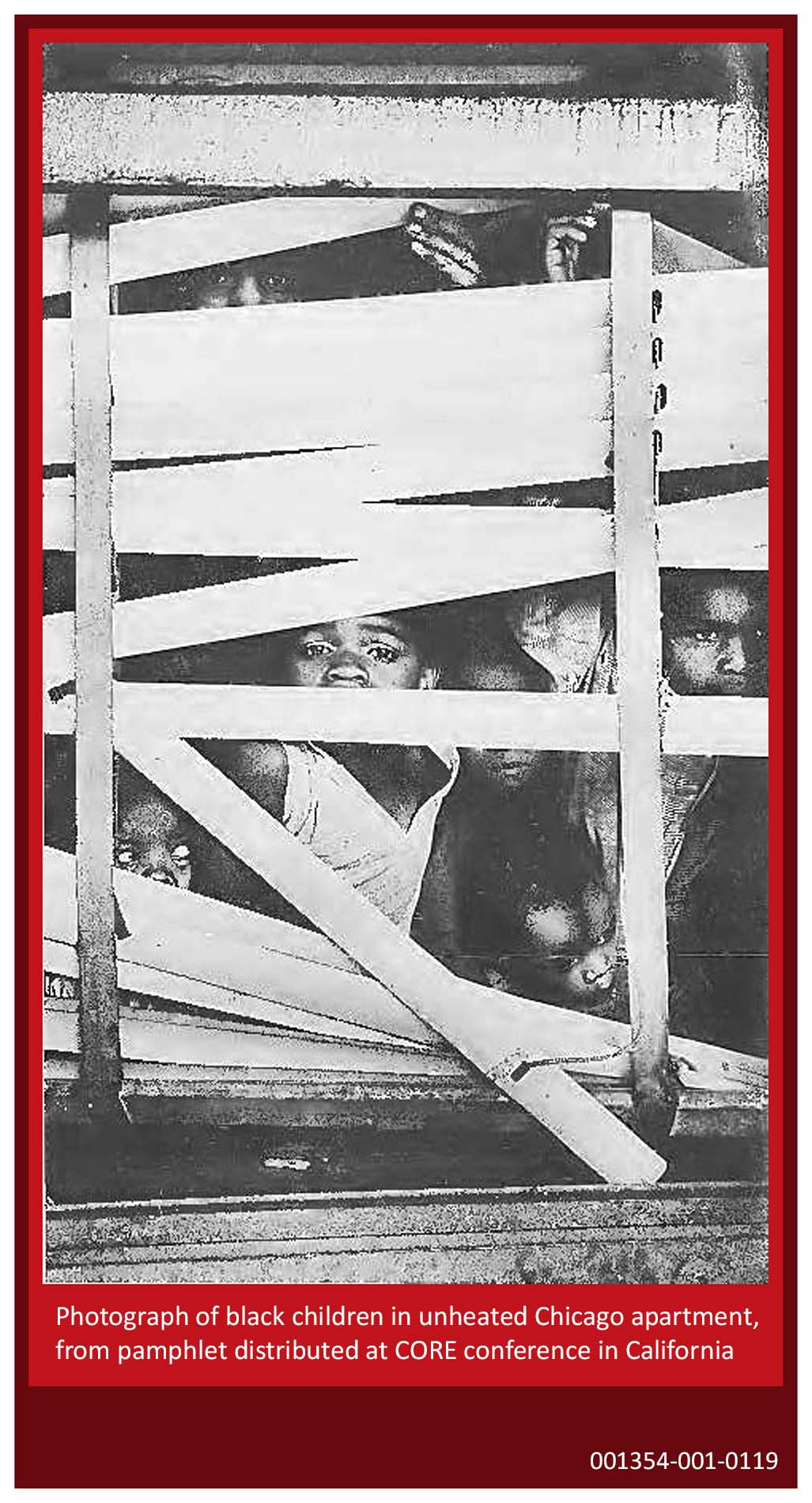 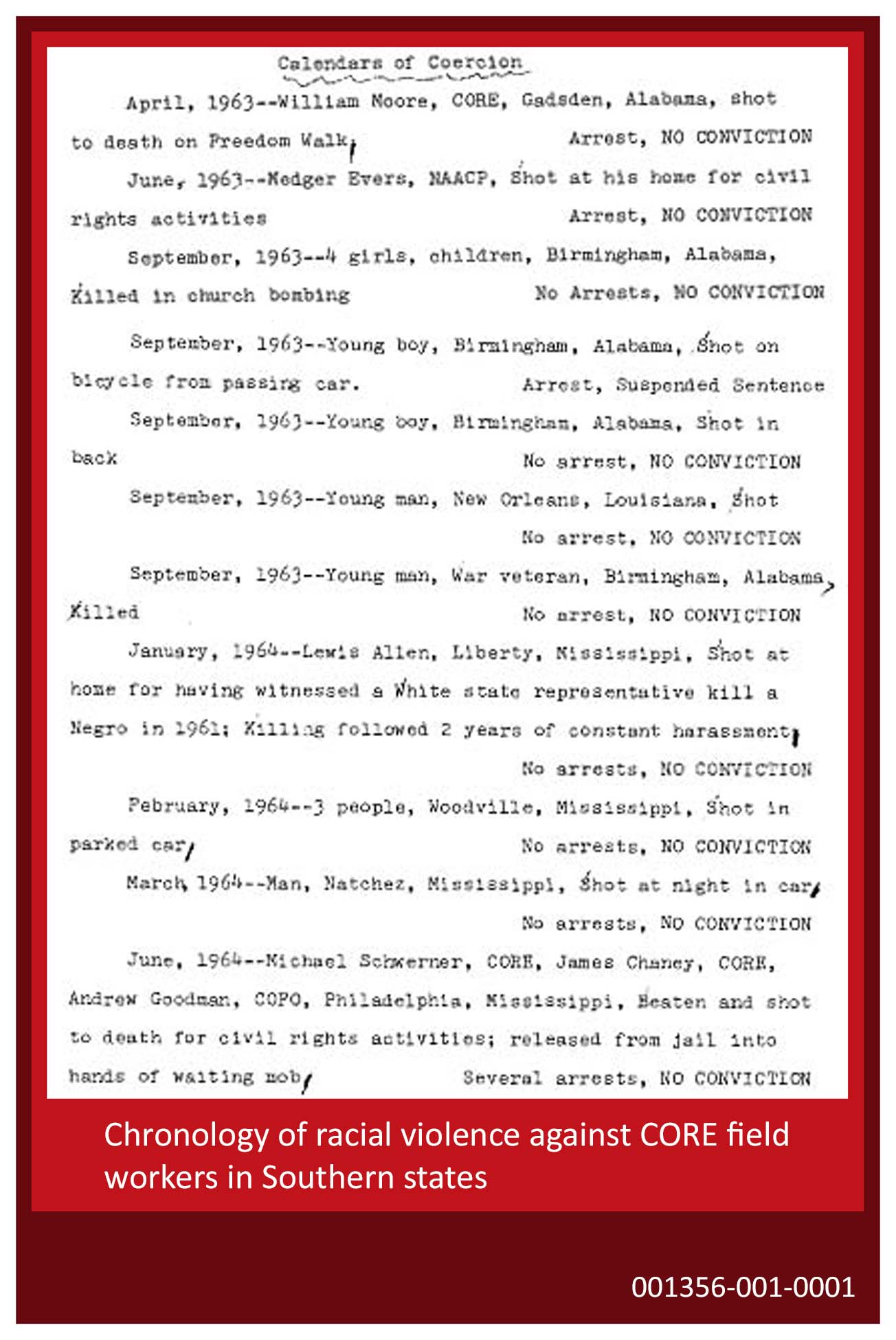 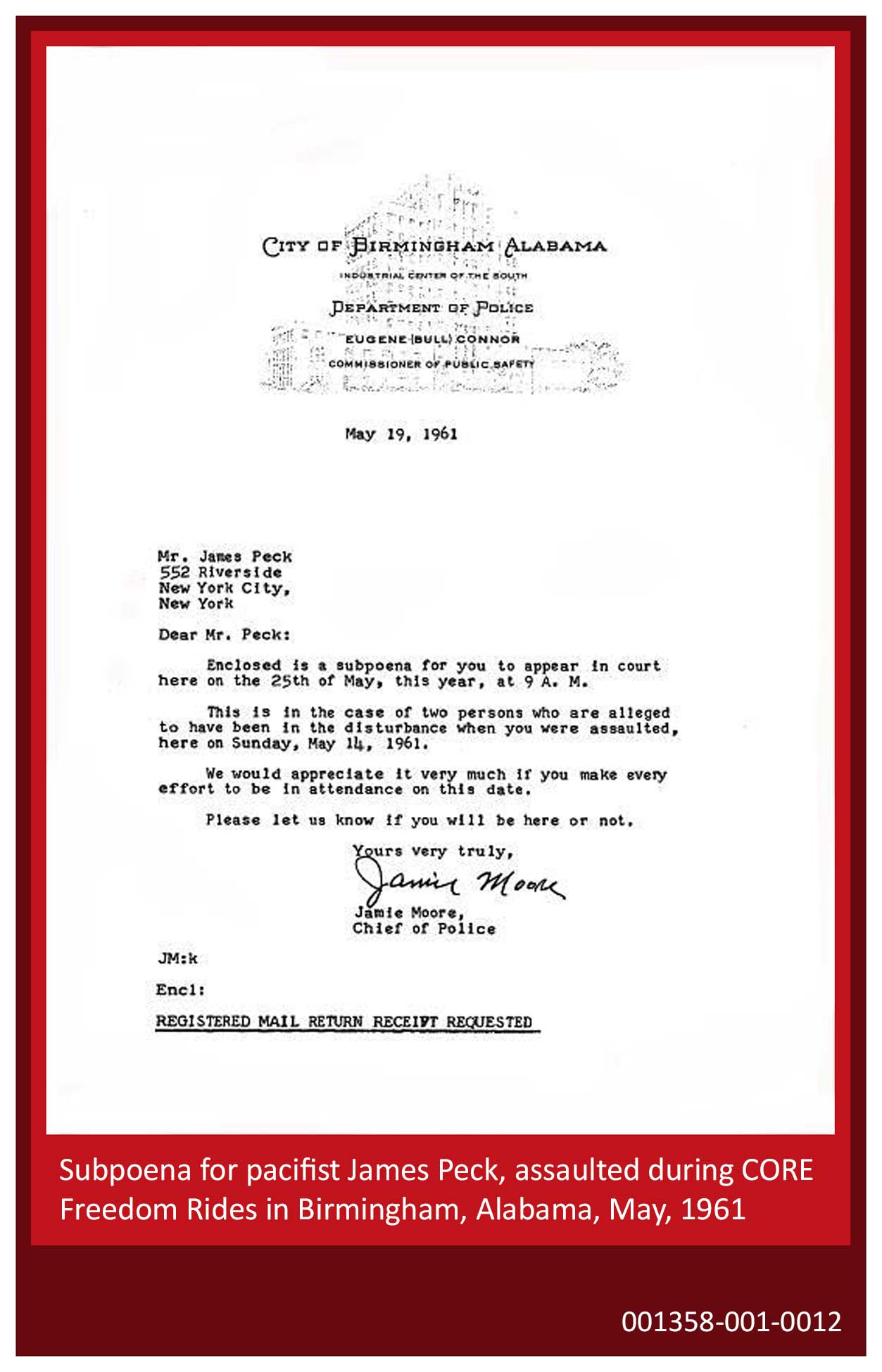 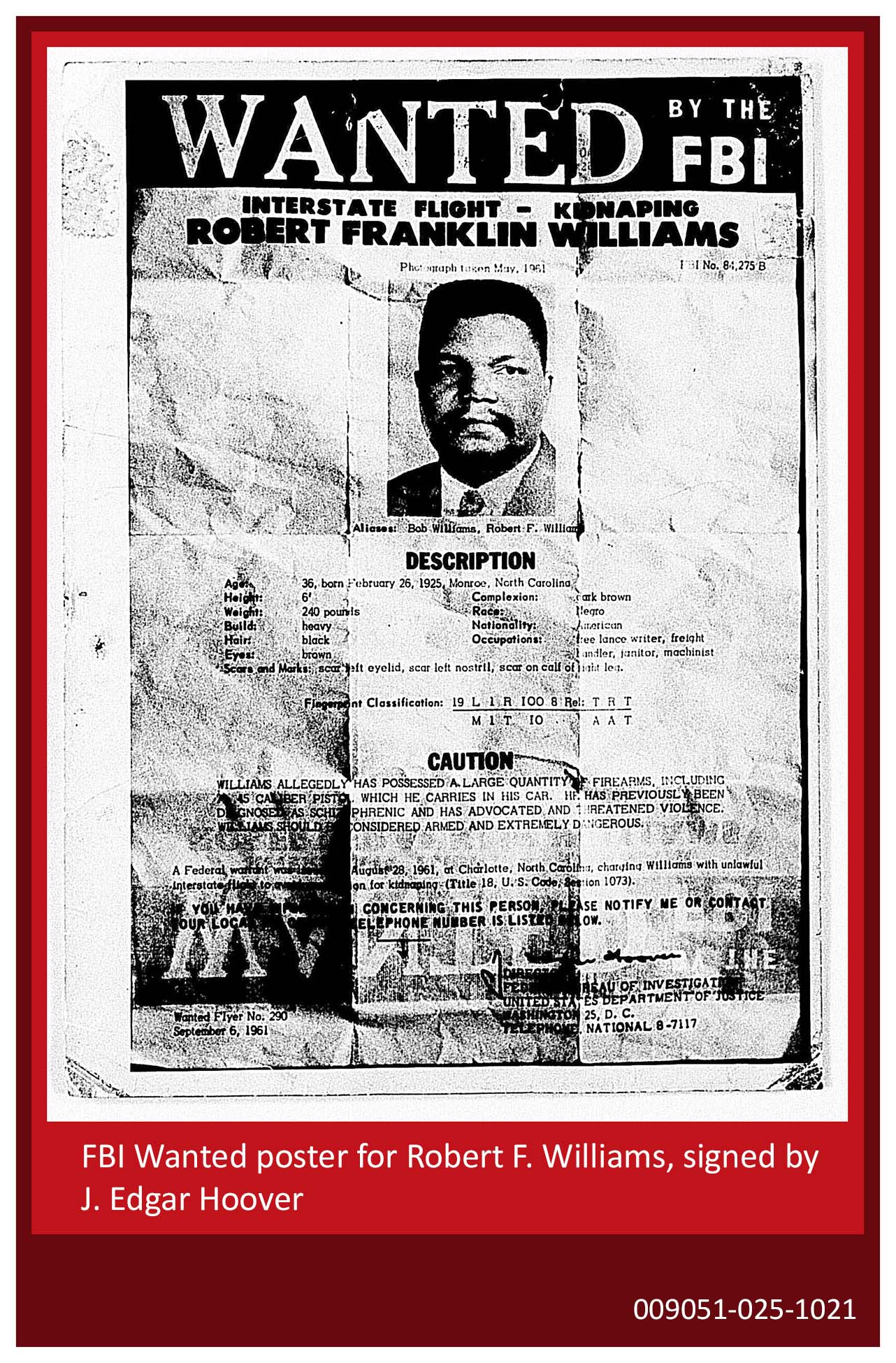 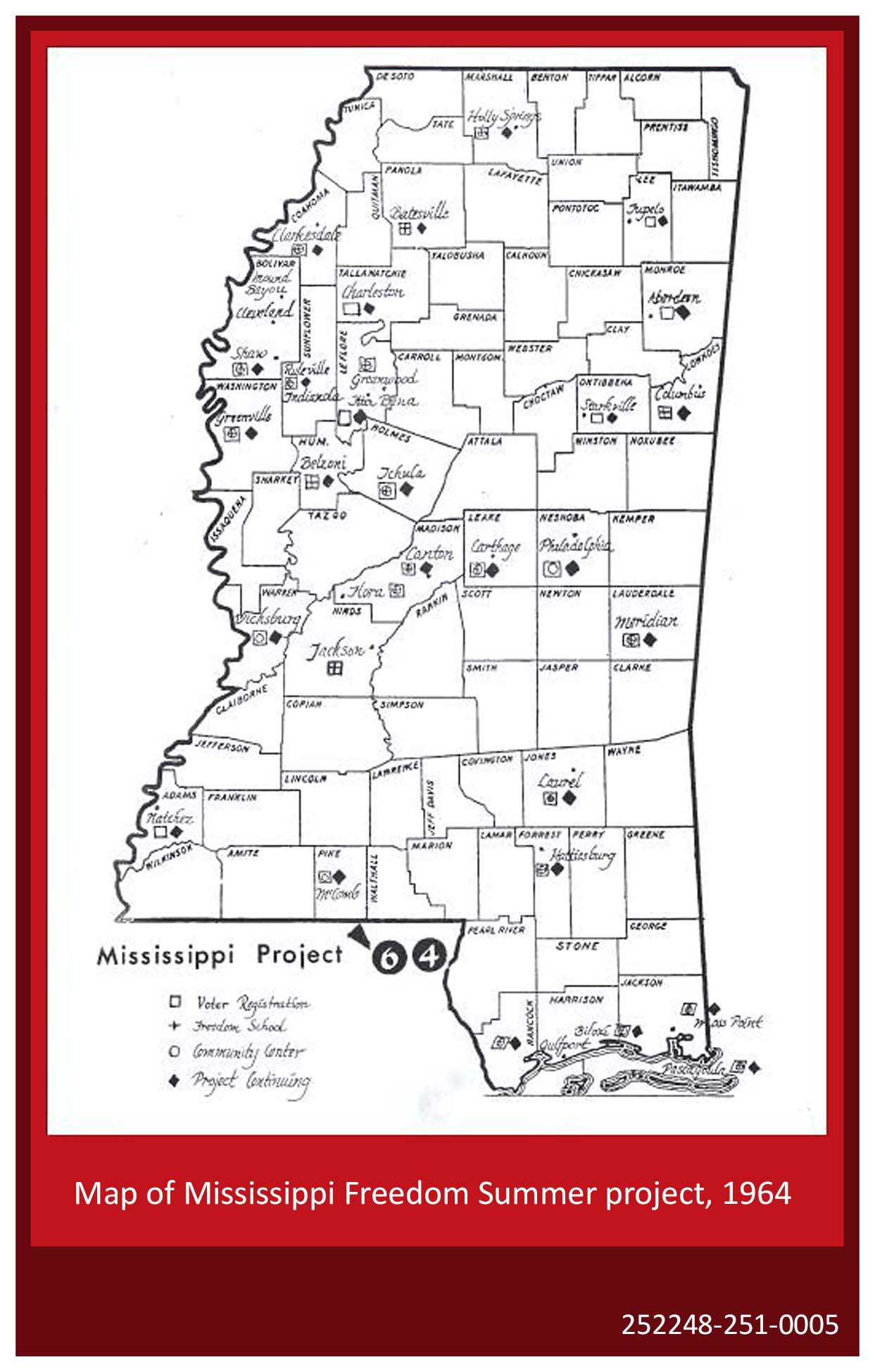 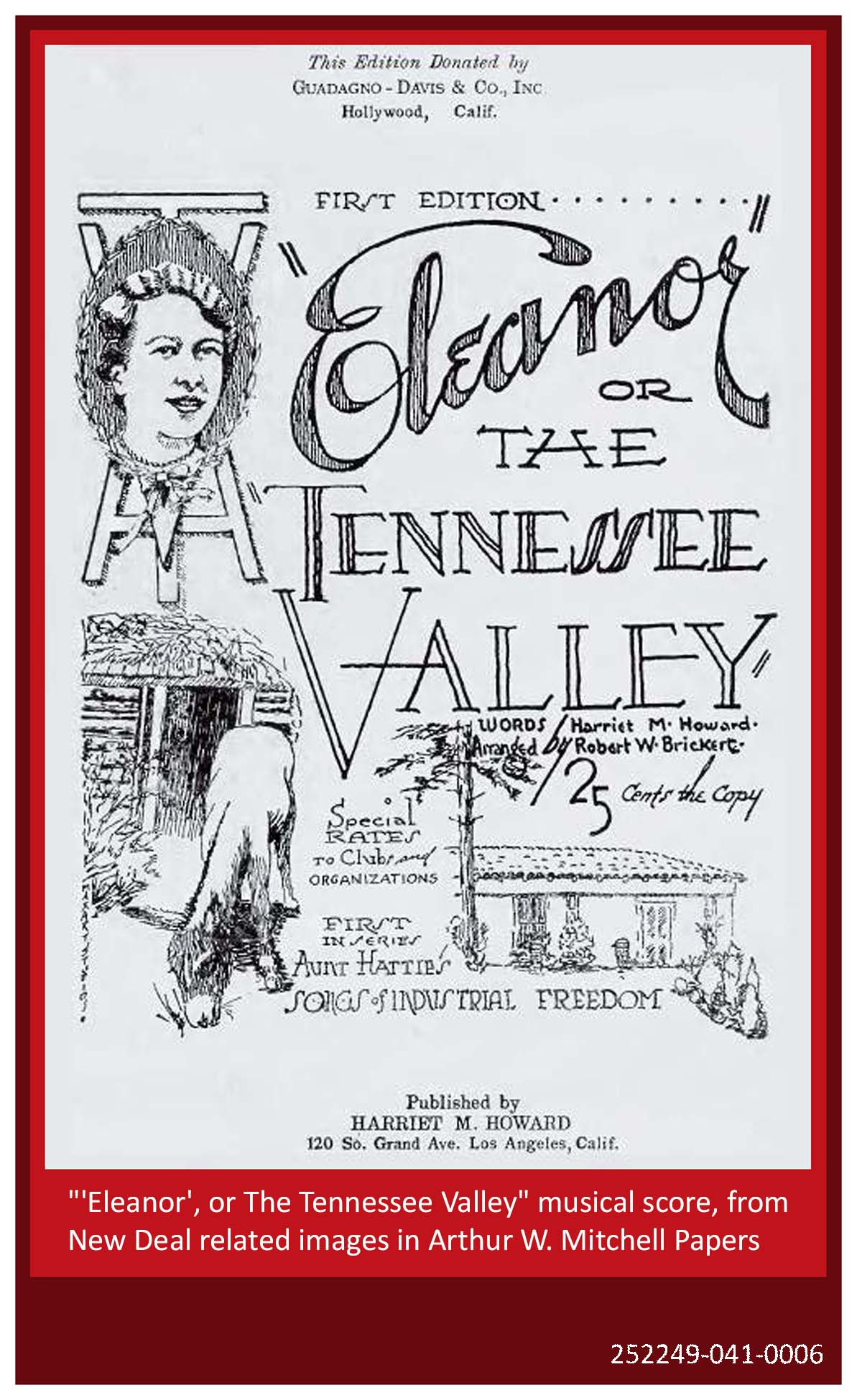 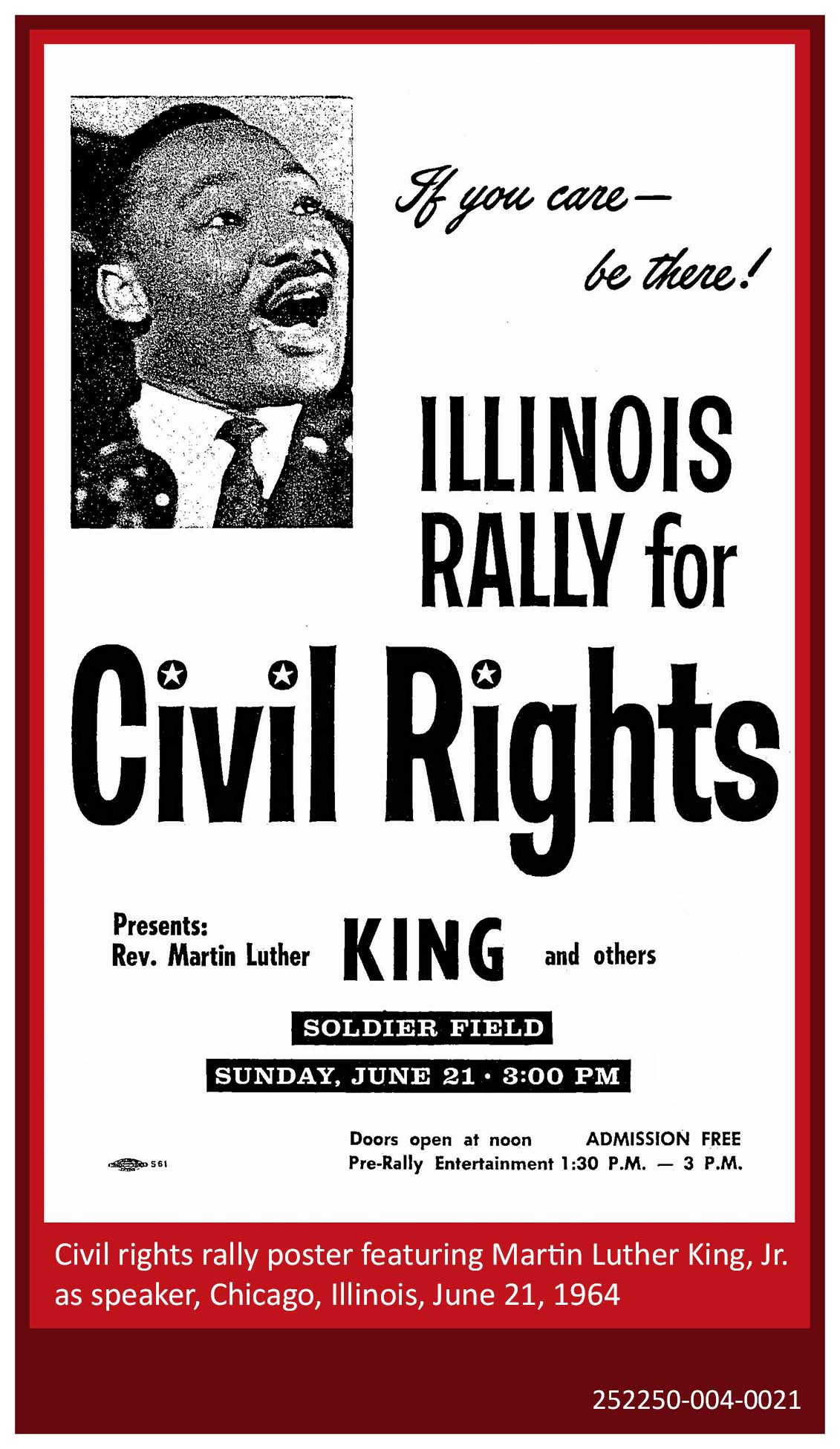 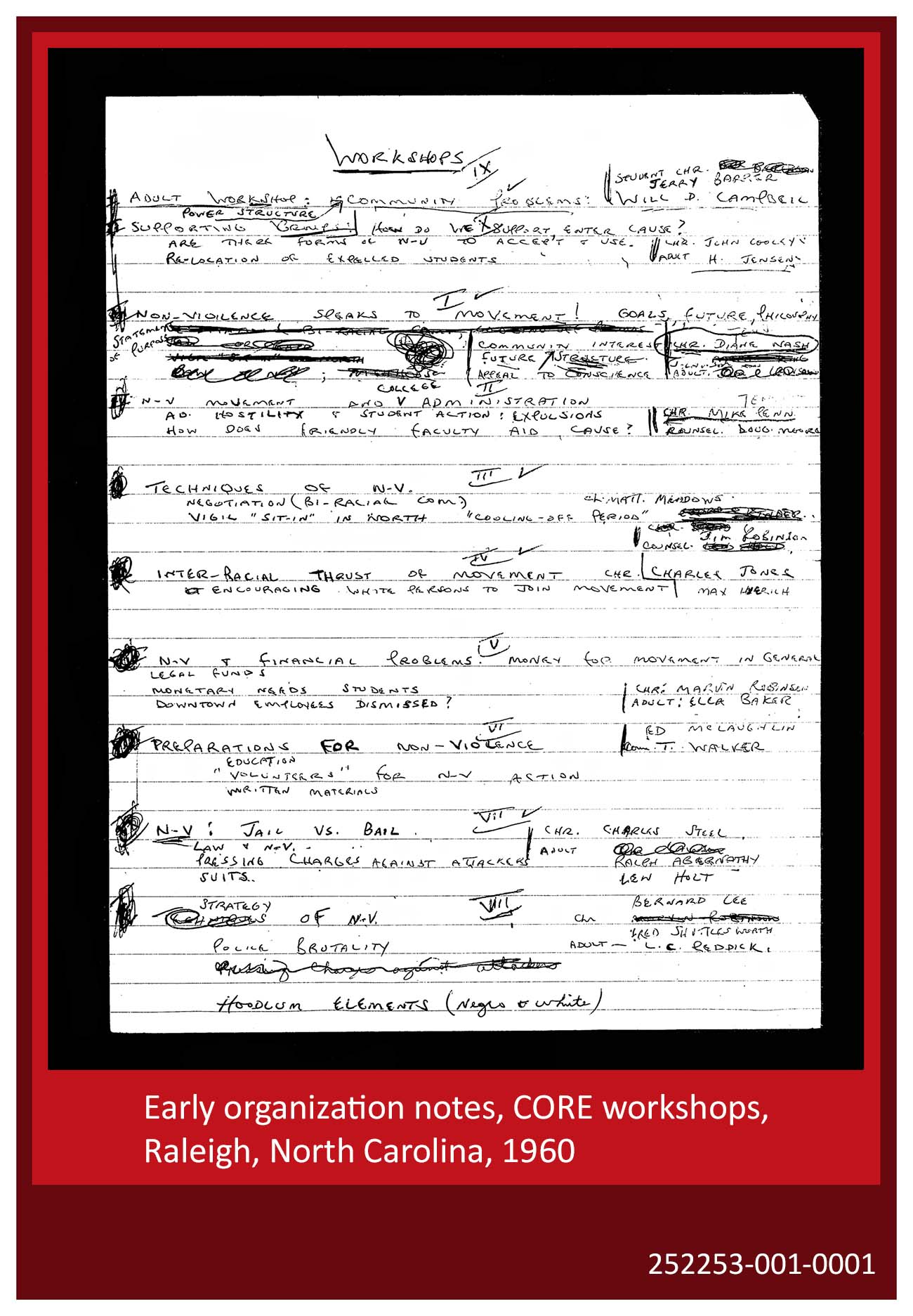