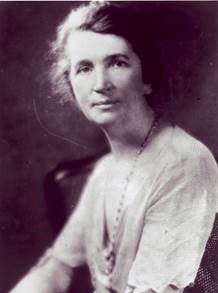 Margaret Sanger (1879-1966) was the principal founder and lifelong leader of the American and the international birth control movements. The Margaret Sanger Papers covers every aspect of the birth control movement, including the movement’s changing ideologies, its campaign for legitimacy and its internal conflicts and organizational growth. These papers also provide significant insight on the history of changing attitudes towards women’s roles and sexuality, and have significant research value to the fields of women’s history, social and intellectual history, medicine and public health, religion, and world economic development, among others.

Margaret Sanger Papers, Collected Documents consists of a considerable amount of Margaret Sanger's outgoing public and private correspondence as well as essential early documentation of her work with the American Birth Control League, which she founded in 1921, and which later evolved into the Planned Parenthood Federation of America. This collection also contains records tracing Sanger's international work in the 1920s and 1930s and her later role in helping to found the International Planned Parenthood Federation.

Margaret Sanger Papers: Smith College Collections consists of a considerable amount of Margaret Sanger's personal papers and records of the birth control movement. Beginning in 1946 and continuing until her death in 1966, Sanger contributed to the Sophia Smith Collection at Smith College, in Northampton, Massachusetts, a historic trove of documents related to birth control, women's rights, suffrage, feminism, reform and social work, arts, and middle-class family life. In addition to contributing her own papers to this collection, Sanger encouraged friends, family, and co-workers in the birth control movement to donate their papers.