The official dates of coverage for EEBO are 1473-1700, corresponding to the dates covered in the Pollard & Redgrave and Wing short title catalogues, and the Thomason Tract and Tract Supplement collections. However, there are a few hundred items in EEBO that were printed after 1700. Most of these are later reproductions or reprints of originals. Some are items that were erroneously dated and may have had their Wing numbers cancelled subsequent to being microfilmed. Other items overlap the centuries, such as A collection of several tracts and discourses written in the years 1677, to 1704 by Gilbert Burnet, 1704. Many of these items are one- or two-page broadsides and ballads that require more time to identify and scan for inclusion in EEBO. Since they fall outside of the project's parameters, we will prioritize on finishing the materials printed to 1700 first.

The current size of the collection amounts to over 146,000 works comprising more than 17 million pages of rare books. Over 60,000 EEBO texts, transcribed as part of the Text Creation Partnership project, are now included.

The historical documents span a wide array or different kinds, from Bibles, prayer books, royal statutes, proclamations, and military, religious and other public documents, through to almanacs, musical exercises, calendars, broadsides, periodicals and newsbooks, pamphlets and proclamations. Works by major authors such as Shakespeare, Malory, Spenser, Bacon, More, Erasmus, Boyle, Newton and Galileo can be found next to a host of less frequently studied writers.

The EEBO Introductions Series provides concise and informative commentaries on some of the less well known texts in EEBO.

New titles are added to Early English Books Online every year. See what’s new in the documents below for the latest releases.

EEBO and the Text Creation Partnership (TCP I and TCP II)

To accompany the citations and page images, a separate initiative, the Text Creation Partnership (TCP) created accurate full-text transcriptions for a large selection of EEBO works. The TCP partnership began in 1999 as an innovative collaboration between ProQuest LLC, the University of Michigan, and Oxford University. The aim was to convert half of EEBO into fully-searchable, TEI-compliant SGML/XML texts. This collaboration extended to a funding partnership with JISC and a collection of libraries so that now TCP texts are jointly owned by more than 150 libraries worldwide, creating a significant database of foundational scholarship.

All scholars of EEBO can seamlessly move between the text transcriptions and the corresponding original page images on the ProQuest interface. ProQuest’s expert digitization and indexing amplifies the benefit of the full text from TCP, enabling precision searching – made possible through tools that address variant spellings and word forms.

Selection of Titles for Transcription

As of November 2020, EEBO provides comprehensive coverage of:

Users wishing to consult the microfilm version of texts that currently lack Document Images in EEBO can find the UMI Microfilm collection and reel number on the Full Record display. The Full Record also identifies the library that holds the source copy filmed (in the Copy from field).

We estimate that EEBO is approximately 92% complete while the remaining titles will be added in future releases. These will include titles discovered from the ESTC that are not in Wing or STC but were printed in England during the early modern period.

The EEBO Introductions Series provides scholars with a forum for the exchange of information and ideas relating to some of the less frequently discussed early modern printed texts available in Early English Books Online.

Each contribution to the series offers insights into a range of contextual, bibliographical, and reception-based issues associated with a work in EEBO that has received no recent scholarly edition, and which is unlikely to be edited for publication without the interest of the scheme. Links to EEBO Document Images of the work under discussion and to other related online resources are included.

The General Editor of the series is Dr Edward Wilson-Lee of Sidney Sussex College, Cambridge. 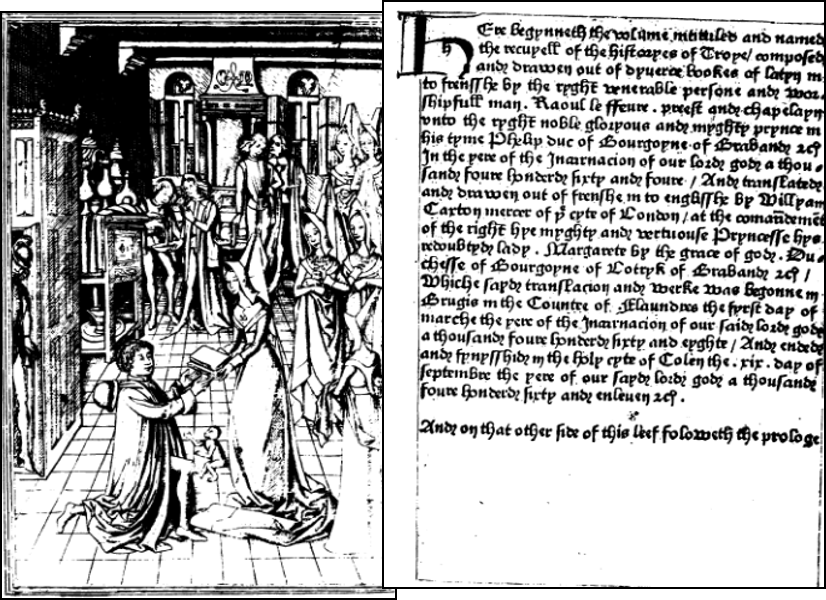